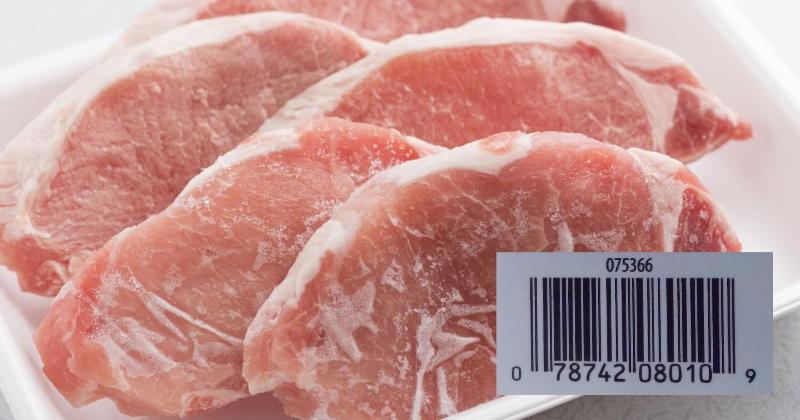 Can a Barcode Tell You Where Your Food Comes From?

You may have seen one of the many chain emails, Facebook statuses and even WikiHow guides about reading barcode labels to determine the country of origin of a food product.

One such email reads:

Very good info! I’m not buying anything else Made in China. We had 2 foreign exchange students from China living with us & they always checked bar codes. They would put some things down and say ‘no good – not same as in China’ When we asked them about that later, they said China sends the inferior things to the U.S.A., for what its worth.

Bar Codes Identify Country of Origin – Be Sure to Check Them

The whole world is scared of China-made ‘black hearted goods’. Can you differentiate which one is made in the USA, Philippines, Taiwan or China?

For example, the first 3 digits of the bar code reflect the country code where the product was made.

It sounds pretty fascinating, doesn’t it? But is it actually true?

Snopes.com actually wrote a piece about this particular rumor, reporting that it originated around 2008 when there was a scare involving a variety of products — from pet food to toys — that originated from China.

And while email messages like the one above certainly would make things a lot easier by way of avoiding inferior products, it’s not entirely true.

Simply put, the three digit codes referenced above apply mainly to European Article Numbers (EAN-13) and not the UPC-A barcode most commonly used in America.

“You can’t escape our syrup. You just can’t.”

How Can You Protect Yourself?

So your plan to avoid food from less-than-stellar regions has been foiled. What do you do now? How do you keep your family safe by keeping better track of where your food is coming from?

Well, for one, you can grow your own food. Even if you don’t have a big yard, there are things you can grow in containers in your home.

You can also protect yourself by buying certain foods, like meats, from smaller, local farmers. There are a wide range of benefits that come from doing this, as we’ve covered in the past.

Sometimes, buying bulk from a local butcher is not only healthier but also cheaper than buying from a grocery store!