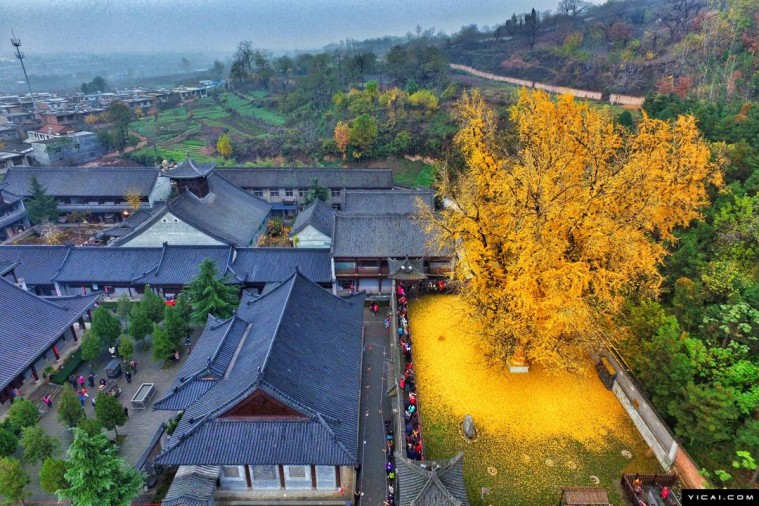 Ginkgo trees are considered both a shade and ornamental tree. Their leaves are fan shaped, and they produce seeds. The leaves and seeds are used for medicine. When I lived in South Korea, I would commonly see older women picking up the ginkgo seeds that had fallen.

Ginkgo trees are literally living fossils. Some of the earliest leaf fossils we can find are older fan-shaped leaves that clearly resemble the ginkgo. It is believed that the ginkgo tree existed 270 million years ago. The Western world rediscovered the ginkgo tree in 1691 when some explorers visited China.

Ginkgo trees can live to be about 3,000 years old, and they are now found all over the world.

This giant ginkgo tree, found within the walls of the Gu Guanyin Buddhist Temple in the Zhongnan Mountains in China, is the largest one I have ever seen. The tree is only 1,400 years old and every autumn, its leaves turn a beautiful gold color and fall to the ground in a spectacular golden carpet. Tourists come from all over to see this magnificent sight, and it is easy to see why. 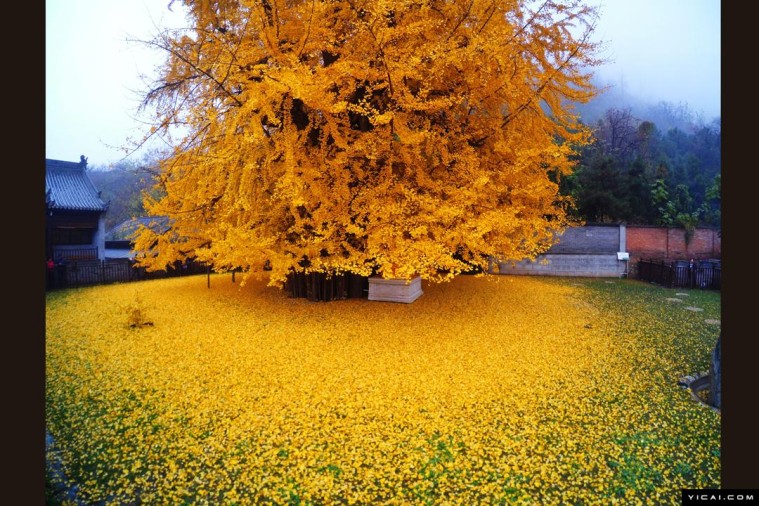 It looks like the color is spilling from the tree to the ground below. 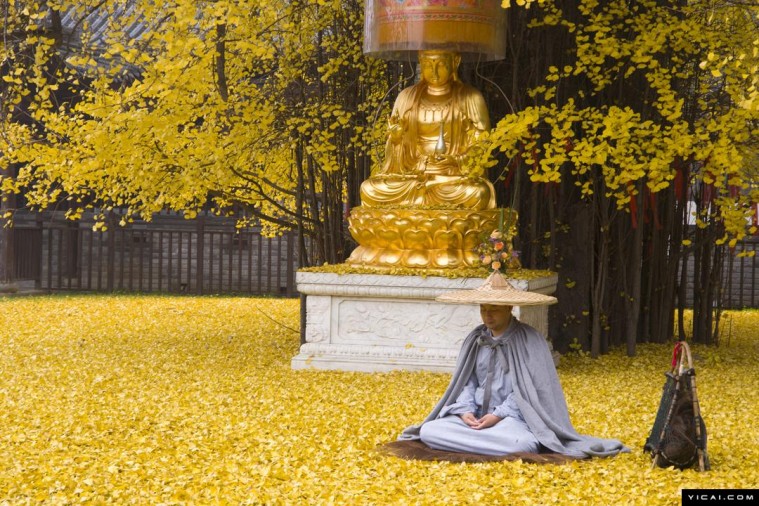 This beautiful space seems perfect for relaxation and meditation. 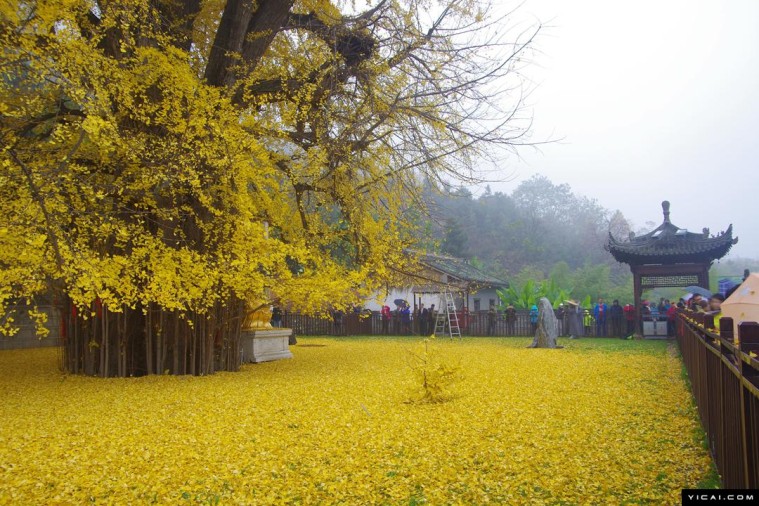 It looks like visitors are not allowed in the courtyard, but just standing on the outside looking in must be wonderful. 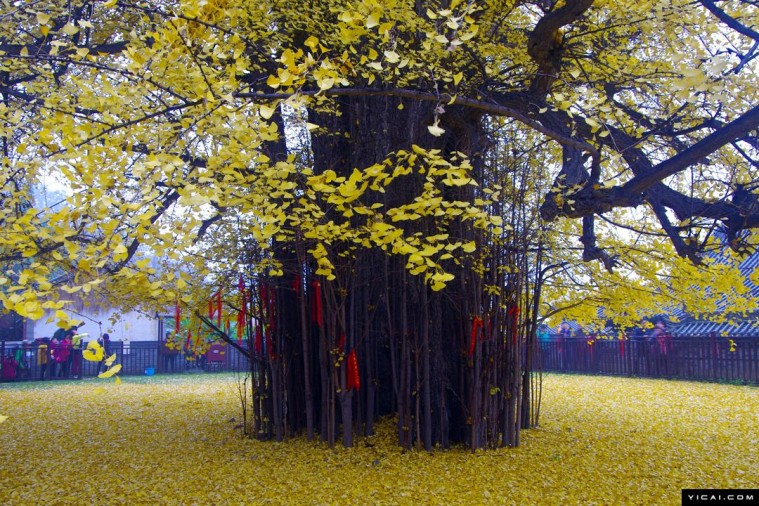 The trunk of the tree is massive! A testament to the trees age and strength. 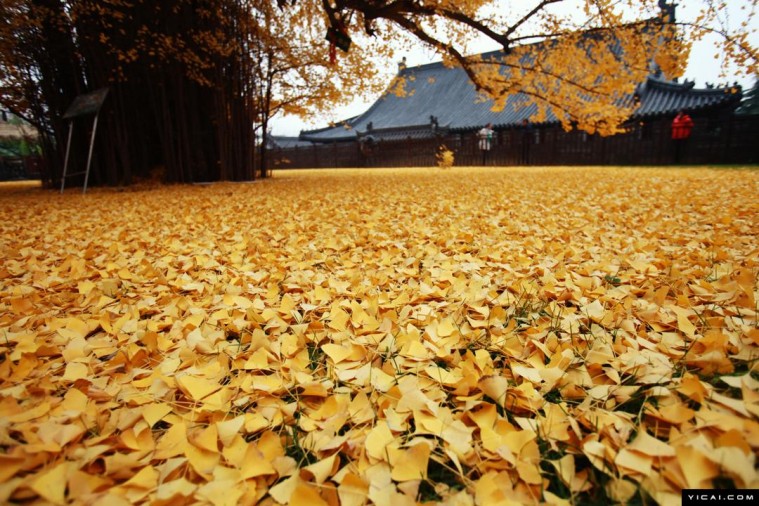 How many of you want to see this tree in real life?