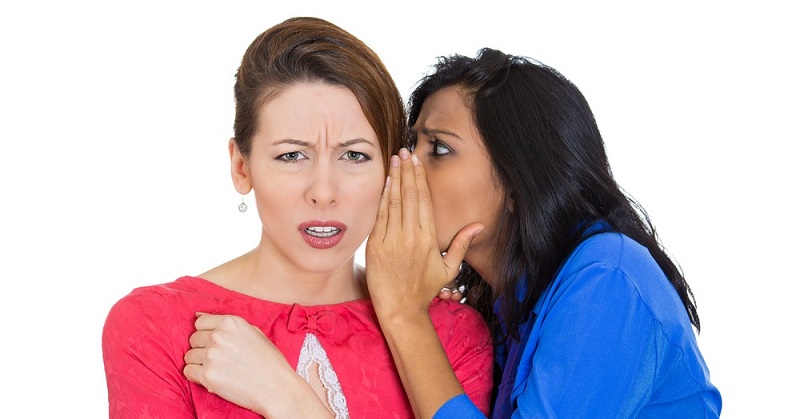 We all have insecurities — maybe about our hair, weight, clothing or freckles. It’s something different for everyone, and a person who is living with inflammatory bowel disease (IBD) is no different.

Chrohn’s disease and ulcerative colitis are two types of IBD. What sets them apart is the area that is affected in the gastrointestinal tract, but their symptoms are quite similar. Someone who is suffering from one of these illnesses may battle weight loss and weight gain, constant fatigue, loss of appetite, severe inflammation in the GI tract, and more. 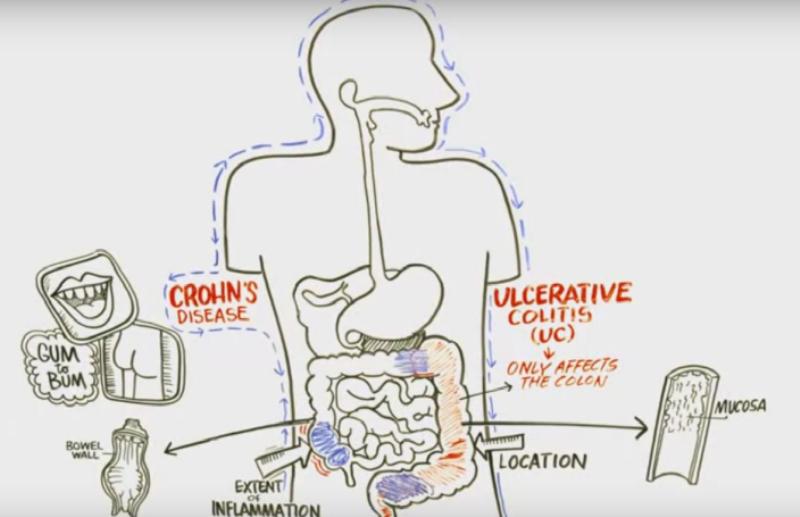 For all of these reasons, certain comments or questions — especially those concerning appearance, weight and diet – can deeply affect someone suffering from IBD. While you may be concerned to see sudden weight loss, weight gain, or notice that your friend or family member is barely eating, their struggle goes deeper than appearances, and you could easily offend and hurt them without realizing it. Here’s what not to say to someone who is living with Crohn’s disease or ulcerative colitis:

You may think you’re serving out a compliment by saying this, but think twice before it slips. The person in front of you may have used every last ounce of energy they had to take a shower, get dressed and walk out the door. They could be feeling extremely sick, and putting on a brave face.

2. “I Know What You’re Going Through”

When someone is letting you in on some of their daily struggles with IBD, it’s best to just listen. Telling your friend about how bloated you get after eating ice cream, or how you often wake up with an upset stomach probably won’t make him or her feel any better. Even having irritable bowel syndrome is different from Crohn’s and ulcerative colitis.

Whether its an infomercial on how to loose weight fast, a new diet fad, a tummy wrap, or magic pills, Americans today are fixated on weight. If you notice that someone lost weight, that may be the first thing out of your mouth. But weight loss in someone suffering from IBD can also mean saggy skin and a pale complexion. Just because you think someone looks better from losing weight, it doesn’t mean that person feels better.

4. “You Can Eat Anything and Stay Skinny”

Weight loss in someone suffering from IBD is often due to a flare-up, which causes severe abdominal pain and bloody diarrhea. During a flare-up, a person usually needs to choose foods very carefully to avoid making their symptoms worse. Try not to comment on what they’re eating.

Many people with IBD are familiar with what foods they can and cannot eat. Don’t force a piece of cake down their throat at a birthday party, or ask why they aren’t eating their side dish (in front of everyone) at dinner.

6. “You Must Be Really Stressed”

There is no evidence that stress causes Crohn’s disease or ulcerative colitis. Don’t assume that IBD was brought on by too much stress in someone’s life. It can however, make symptoms worse. So try to keep the conversation light when talking to a friend with IBD.

7. “Can You Wait a Little Longer for the Bathroom?”

If you’re traveling in the car with someone who suffers from IBD, they cannot wait until the next exit. Many people with ulcerative colitis fear long car rides or being stuck in traffic for that very reason. If your friend or family member tells you they need to go, get them to a bathroom right away.

If someone with IBD calls in sick to work, or has to bail on an event or dinner plans, it’s not because they are rude or slacking, it’s because they are sick. IBD can cause constant fatigue that even the strongest coffee can’t fix. If your friend tells you they aren’t up for a movie, don’t complain, just understand.

David Wolfe suggests salt water for people who are who are experiencing an IBD attack. Salt water helps to reduce the inflammation that causes an attack and hydrated the digestive system for optimal health.

Watch the video below to learn more about IBD, and to hear from those who have been diagnosed: