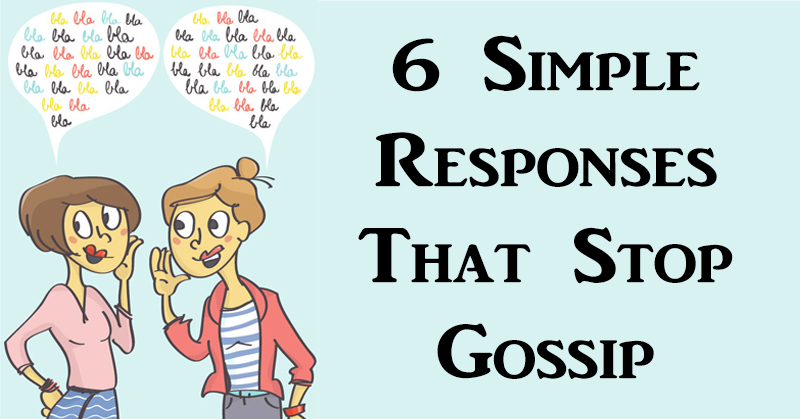 Gossip is considered by most to be a normal part of life, especially for tweens and teens. The problem is that gossip can become so malicious that it destroy’s a person’s self-esteem. Spreading gossip through the internet and through cell phones has lead to social and emotional damage for many teens. There’s no doubt about it, gossip hurts. Those who constantly gossip don’t care who they’re hurting.

When a negative person tries to drag you into harmful gossip, try responding in one of these six ways:

1. Chime In With Something Positive

If a person gossips constantly, it’s probably because they lack self-esteem or self-worth. People who gossip say negative things about others in order to make themselves feel better by comparison. Stop the gossip by stating positive things about the gossiper’s target. If they’re making fun of the way someone dresses, compliment their personality. Don’t let yourself be dragged down into the negativity. Eventually, the gossiper will give up when they see you aren’t taking the bait.

2. Start A Conversation About Cultural Differences

If the subject of the gossip is from another culture, the gossiper may be spreading rumors because they don’t understand their customs. Instead of trying to understand, a person who enjoys gossip jumps directly to negative statements and accusations. Break up the gossip by starting a conversation about cultural differences. Help the gossiper understand that everyone is different, and acceptance goes a long way. 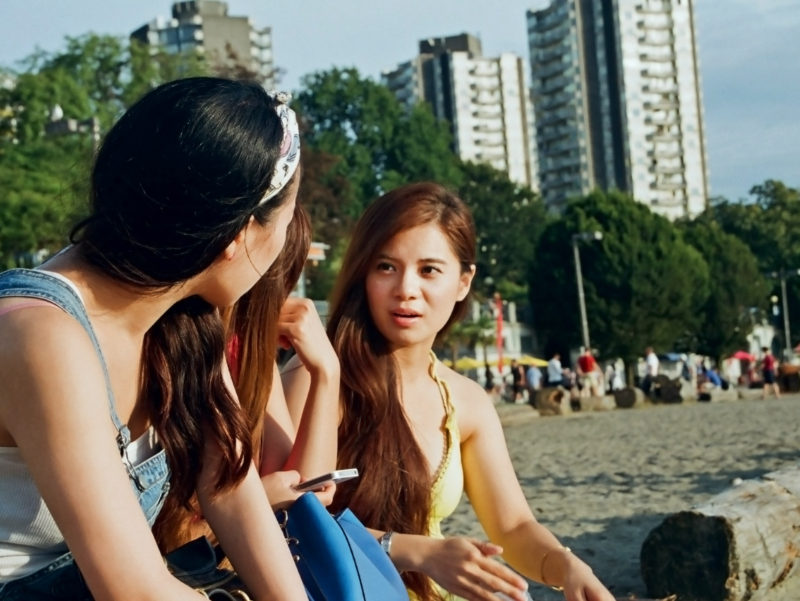 3. Turn The Gossip Into A Conversation About Help

When a gossiper starts to talk about another person, respond by saying, “I hope you might be willing to help them feel more included. DO you think you are willing to help?” Tailor your question to the situation. In whatever way you can, challenge the gossiper to help instead of hurt by spreading rumors. You’ll catch them off guard and you might be able to change their attitude about the situation.

A gossiper’s story often has holes. One way to shut down gossip is to challenge the holes in their story. It might be specific times and dates of even ts that supposedly happened, or whether or not they personally verified the gossip that they’re spreading. This might help them understand that just because they heard a story, that doesn’t mean it’s true. And even if it is true, it’s impossible for them to have an accurate perspective on the situation unless they were there and experienced it personally.

Before the gossip gets out of hand, confront the gossiper. Ask them why they are spreading rumors, or simply tell them that gossip makes you uncomfortable and you’d rather talk about something else. Confront them by letting them know that you recognize what they’re doing, and make sure they know that you don’t want to be a part of it.

If you’d rather, just avoid the conversation completely. When a gossiper tries to drag you into their negativity. Simply walk away. Tell them you don’t appreciate gossip or that you don’t want to be involved in the situation, or just turn around and leave. You’ll shut down a gossiper immediately by not giving them an audience to listen.

Sources:
Power of Positivity
Our Everyday Life
Crosswalk
Wiki How