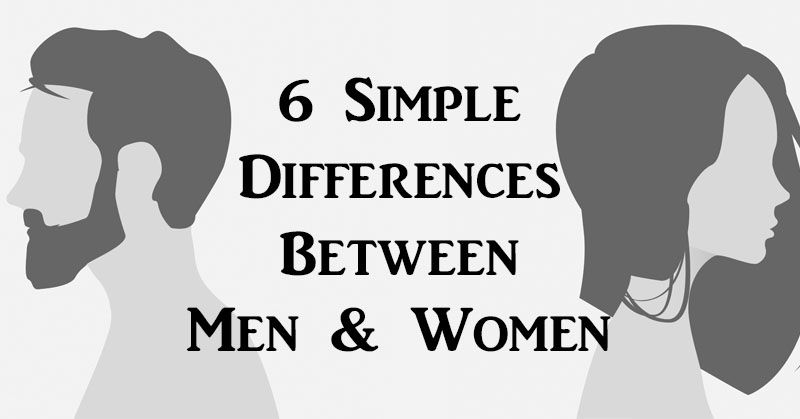 If you have a hard time understanding what the opposite sex is thinking, you’re not alone. Men and women think differently! Brain scan studies have shown that women tend to use both sides of their brain, while men tend to use the left side. Women have a larger corpus callosum, which is the bridge between the two hemispheres of the brain. It allows women to share information between the two sides of the brain faster than men. Men tend to stick with the left side, which is the more logical and rational side of the brain. If you want a quick look into the brain of the opposite sex, here are six ways men and women think differently!

1. When it comes to emotions…

Women have a larger limbic system which allows them to be more in touch with their emotions and also more expressive. If a woman is feeling strongly about something, chances are you’ll know, if you’re paying attention. Unless emotions are verbalized, men tend to overlook them. They’re more logical when it comes to their thinking. If they receive information that’s not directly related to the issue at hand, they’ll most likely dismiss it.

2. When it comes to pain tolerance…

3. When it comes to memory…

Women usually have a greater amount of activity in their hippocampus than men do, which is the region of the brain responsible for forming and storing memories. Studies have shown that women tend to remember things like faces, names and events better than men.

4. When it comes to directions…

Men are usually more skilled at spacial-reasoning. They tend to remember geographic details better than women. They also have a better innate sense of direction, which helps them remember where certain places are located. That might explain why they don’t like to stop for directions.

5. When it comes to taking risks…

Men are more likely to take risks. They get a bigger surge of endorphins; thus, the bigger the risk, the more pleasure they receive from their risky behavior. Women tend to weigh the risk more carefully before proceeding.

Men tend to be more visual when it comes to arousal. Women usually take a number of things into account, including ambiance, emotions and scents, as well as visual perceptions. Women tend to regard sex as a form of intimacy, while men see it as a physical act.