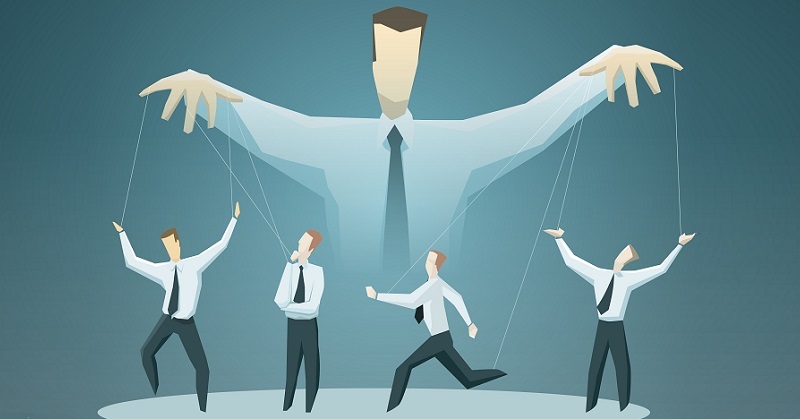 I like the way the Merriam-Webster dictionary defines manipulation:

To control or play upon by artful, unfair or insidious means, especially to one’s own advantage.

There’s nothing innocent or accidental about it – manipulation is a raw, unbridled twisting and pulling of people’s strings to achieve a desired outcome.

The scary thing is that a master manipulator will bend you to their will without your necessarily realizing what’s happening.

If you’re lucky, you’ll come to your senses after the manipulation has taken place, but by then, the deed’s already been done.

Now, slight manipulation is very much a part of life. Let’s be honest – we all pull on people’s strings when we need something but are too afraid to ask for it outright. Toddlers even do it to their parents.

But then there are instances where manipulation is not so slight – when it’s about more than getting a toy or getting your partner to do the dishes.

Sometimes, manipulation can be as sinister as sexual coercion, political agenda propulsion, or outright financial scamming.

On that note, I’d like to share with you a few tips from communication expert Preston Ni for avoiding these types of manipulation. Hopefully they will help you catch a manipulator in the act or even recognize if you’re currently stuck in a friendship or relationship with a manipulative individual.

#1 – Be Wary of Environments In Which You Lack Control.

When someone plans to manipulate you, they’re probably not going to do it in a place where you have control, comfort, and power. Rather, they’ll do it somewhere unfamiliar to you, somewhere where they have the upper hand.

A common example of this can be found in scenarios where bosses bully their subordinates. Think of the stereotypical “come into my office” routine.

This can also be seen in scenarios where trusted professionals abuse those they should be helping in environments familiar to them, such as a doctor’s office, police station, or therapist’s office.

Good salespeople are masters at this – and if you think about it, they’re really some of the best manipulators around.

A popular sales tactic is to ask the prospective client a series of questions that gives the salesperson information that will be used to persuade. (You can find a guide to how this is done right here.)

Being caught in a sales trap is one of the most obvious instances of this, and you’ll want to look out for it as much as possible, especially if you tend to be polite and a conversationalist. It could very well save you from spending a ton of money on something you really don’t need.

#3 – Watch Out For Manipulation Of Facts.

Politicians do this all the time to drive people to fear in order to hang on to power.

The truth is that the world has never been a better place than it is right now. But constantly touting out-of-context statistics about crime is what keeps citizens in a perpetual state of wanting someone who will solve all their problems.

This isn’t some conspiracy I’m coming up with. It’s been well explored in a study from the American Journal of Political Science.

The study found that fear is often used to push forth bills and laws that fulfill a politician’s agenda. For an example of this, one has to look no further than bill C-51, the terror-fueled, privacy-invading bombshell that former Canadian Prime Minister Stephen Harper dropped on the country right before leaving office.

One of the first things I learned as a journalism student is that if someone doesn’t want you to access information, they will put you through all kinds of hell as you attempt to get it.

Most people don’t even know just how much information they are entitled to regarding federal (and even commercial) matters.

But being aware of your rights is just the beginning. Once you attempt to access said information, there will be no shortage of voicemail machines, follow-up emails and requests for clarification coming your way.

For an everyday example of this, consider when someone gives you the runaround constantly as you try to get what’s yours. For example, have you ever paid someone to do something for you, only to have them constantly push it off into the distance?

They could be hoping you’ll just back off eventually. But you need to play the game. If it’s a matter of legal procedure, sadly that’s all you can do. But if it’s a matter of breaking through the social maze someone has constructed for you, that right is yours. Don’t be afraid of hurting their feelings. Obviously they aren’t that concerned about yours.

The silent treatment is extremely powerful. It’s an abusive method of control and punishment often used by narcissists, according to Psych Central.

It often appears when you refuse to acquiesce to a manipulator’s demands, and so they attempt to punish you and enforce control over you in a way that counters your defiance and puts the power back into their hands.

All of these tips and more can be found in this complete (and fantastic) piece  by Preston Ni for Psychology Today. I highly recommend checking it out for more tips on how you can stay safe from a manipulator.