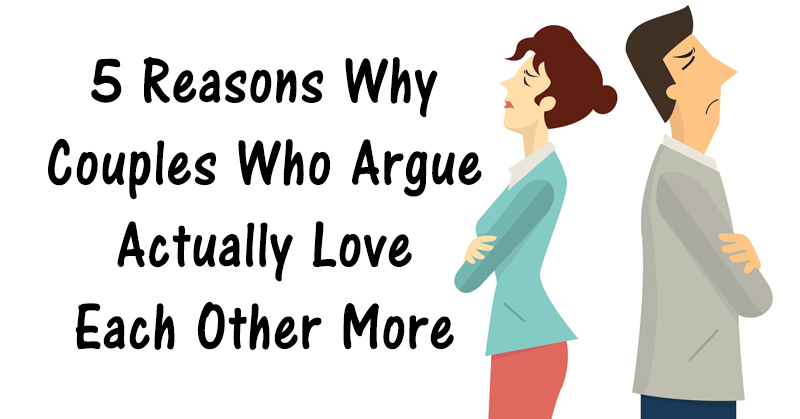 5 Reasons Why Couples Who Argue Actually Love Each Other More

Relationships typically start in a very sweet and rosy fashion. Yeah, each person does things that annoy the other but nobody really wants to admit it. And so, things just keep cruising along into the beautiful sunset.

But eventually, the night comes and when it does, things aren’t so bright and warm anymore.

Suddenly, the compromise that was once so easy to find is nowhere in sight. What is in sight? Arguments. Lots of arguments.

But does that mean the love and passion are all gone? Does the road ahead hold nothing more positive than passive aggression and mere tolerance?

No! Despite how things might look, psychology experts actually say that when the arguments begin, it means the love has reached a new height.

Couples who argue often don’t hate each other – they actually love each other more than when things were rosy!

#1 – Arguing means each person is comfortable. 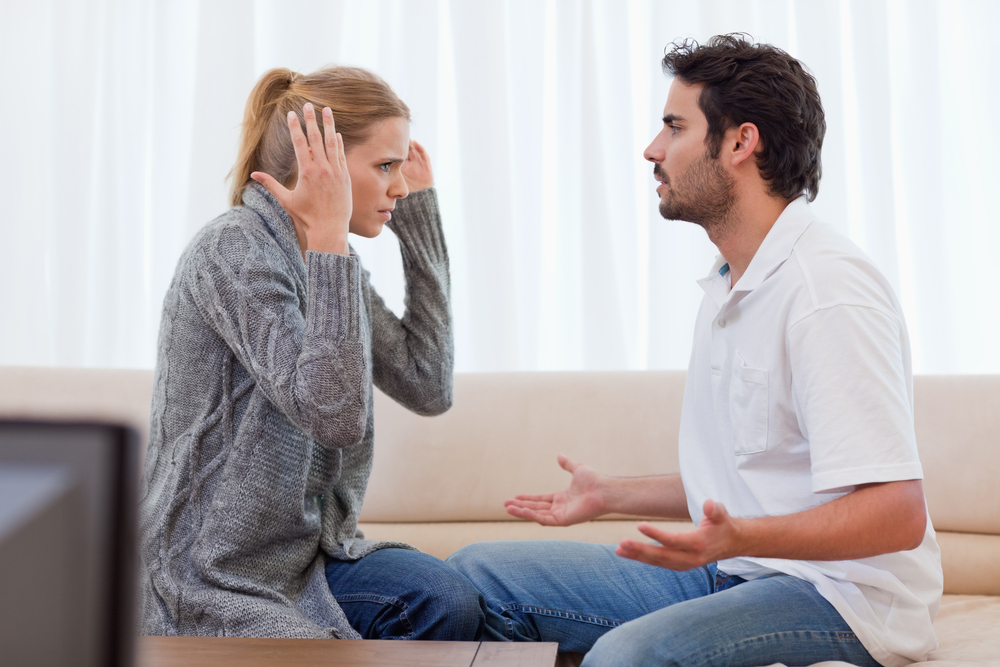 When couples nervously step around each other’s toes, it’s not a sign of love. It’s a sign of fear. It’s a sign that nobody wants to rock the boat because they’re afraid the other person is going to change their mind about the relationship.

The opening shots of a couple’s first real argument are a sign that each person knows they can voice their view without the relationship coming to a dramatic end.

Yeah, things might get ugly and heated. But by that point, the couple knows how much they love each other and aren’t going to let a few choice words ruin things.

#2 – Couples who argue tend to be more passionate.

Psychologists refer to this phenomenon as ‘arousal transfer.’ Simply put, when a person is excited by one stimulus, they are much more easily excited by another.

What’s that look like in layman’s terms? Well, in a relationship filled with deep, arousing passion (one stimulus), it can only be expected that little annoyances (the other stimulus) will produce an equally intense response.

On the other end of that intense negative response lies even more intense passion.

#3 – Good arguing is a sign that a couple actually wants to solve issues. 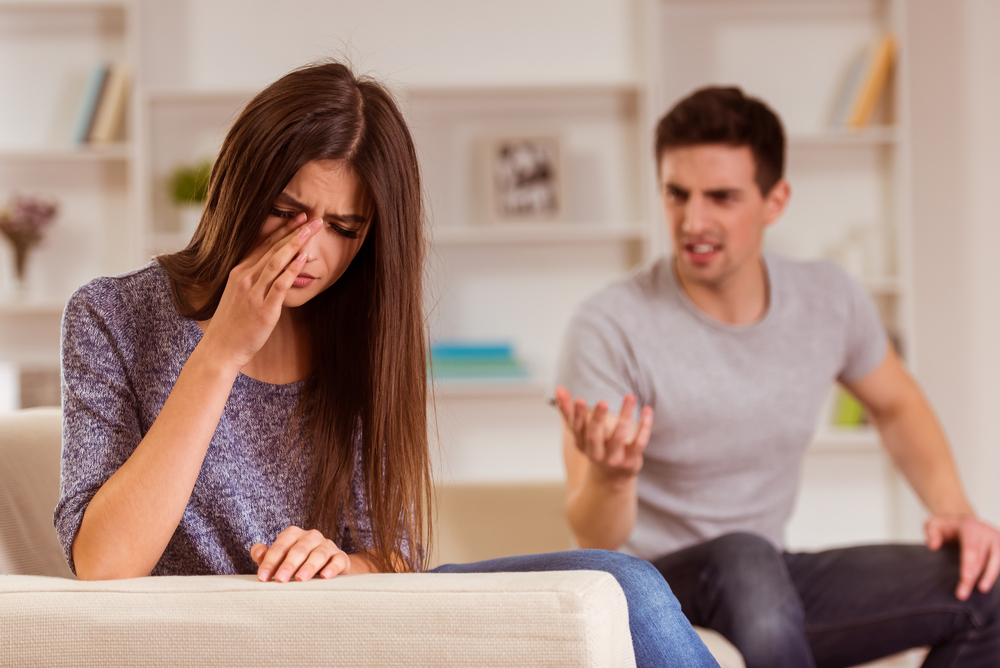 “Janet, seriously. The toilet paper goes in the ‘under’ configuration.”

According to Dr. John Gottman, there are many types of couples.

There are the conflict avoiders and the validating couples, who try (and fail) to maintain absolute neutrality.

But then there are the volatile and hostile couples.

Their arguments are intensely emotional – but for good reason. Each person is aware that things aren’t exactly where they’d like them to be. But they’re not ready to throw in the towel. No, they love their partner too much for that.

Rather, they’ll push for changes – even if it means huge, emotionally draining arguments.

#4 – Couples who argue learn more about each other.

In the absence of conflict, people tend to become ‘flat characters.’ They have no three-dimensionality, no real personality.

But then a fight rolls along and each person in a relationship realizes that hey, there’s some real depth to this person who sleeps beside me. They have flaws that become apparent in the face of conflict.

And, as with any convincing television character, those flaws – as long as they don’t involve hiding a crystal meth empire or anything – are like magnets. They increase attraction on a deep level. 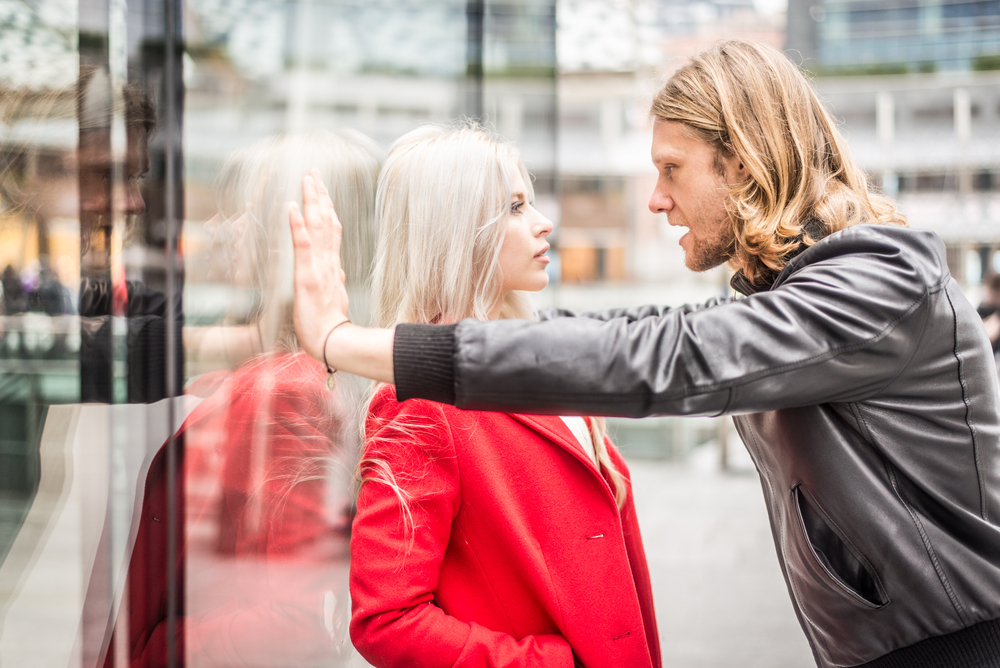 Yeah, there’s probably a bit of intelligence behind it. But it’s mostly intense emotion.

But as the love grows, so does the emotion. Things become less logical and more intuitive.

Arguing is a sign that a couple has entered a very raw, deep place – a place where love and anger can exist simultaneously.

Check out this video to learn about weird things all couples fight over!

Are you currently in an argument with your partner? Quick, earn some brownie points and share this article with them!