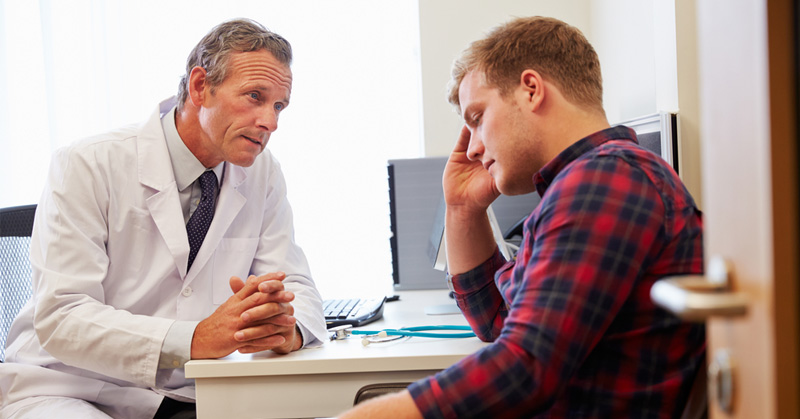 New Research Reveals 46% Of Americans Have This Dangerous Health Condition

Thanks to a new hypertension treatment guideline, 30 million additional Americans could now be diagnosed with hypertension.

On Monday, doctors and experts from the American Heart Association, the American College of Cardiology, and nine other group moved the guidelines for blood pressure control, instantly declaring that 46% of U.S. adults — about 103 million — could now be diagnosed with hypertension.

That means that an additional 14% of the U.S. population can now be diagnosed with hypertension under the new guidelines, up from 32%, or 72 million, under older guidelines.

The majority of those newly diagnosed with hypertension will reportedly be urged to change their diets, exercise more and make other lifestyle changes, rather than take medication.

The new guidelines additionally ask patients already in treatment to work toward a new goal, a blood pressure reading of no more than 130/80, lower than the old standard of 140/90.

The change comes after a study in 2015 showed that patients reaching even lower readings helped save lives. Some doctors pushed for an even more aggressive new guideline.

The new goal strikes “an appropriate balance between efficacy… and safety,” said Bob Carey, vice-chair of the guideline committee and a professor of medicine and dean emeritus at the University of Virginia Health System School of Medicine, acknowledging that many will be asked to take more medications that can have side effects such as dizziness and falling.

Thanks to the new guidelines, patients should expect the following from doctors, according to USA Today:

• If your blood pressure is between 130/80 and 140/90, your doctor will say you have “stage one” hypertension and suggest losing weight, exercising, cutting salt and eating lots of fruits, vegetables and whole grains.

• If you have stage one hypertension and some additional risk factors – such as a previous stroke, heart attack, diabetes or kidney disease – you will be asked to try medication, along with lifestyle changes.

• If your blood pressure is above 140/90, your doctor will recommend you make lifestyle change and take two kinds of blood-pressure lowering medications.

• Patients already taking medications might be put on higher doses or additional drugs to reach the new lower goal. But those over age 65 will be urged to talk to their doctors about how aggressively they want to be treated.

The new guidelines also stress that doctors and nurses should let patients rest five minutes first and then to average at least two readings over two visits.

“We want to be straight with people – if you already have a doubling of risk, you need to know about it,” said guideline chair Paul Whelton, a professor of global public health at Tulane University School of Public Health and Tropical Medicine. “It doesn’t mean you need medication, but it’s a yellow light that you need to be lowering your blood pressure.”

Whelton added that by the time readings reach 130/80, health risks have already doubled.

The new guidelines “have the potential of improving the health of millions,” and are supported by solid science, said David Goff, director of cardiovascular sciences at the National Heart, Lung, and Blood Institute.

Related: 6 Warning Signs of High Blood Pressure and Natural Ways to Treat It!