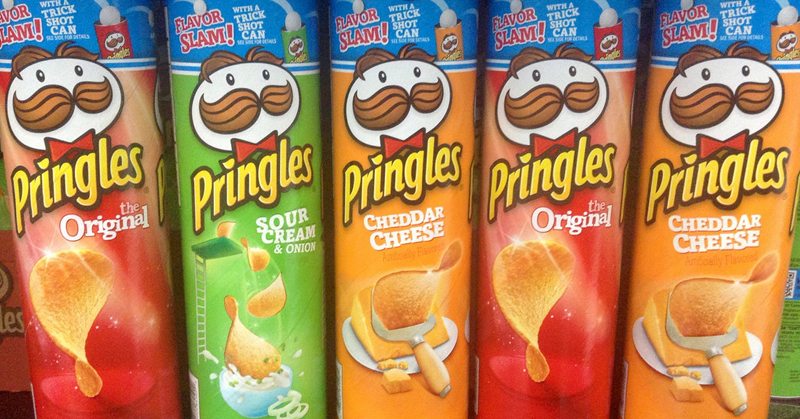 THIS Is Why You Should Never Eat Pringles!

“Once you pop, the fun don’t stop!” Sound familiar? Well, if you’re a regular Pringles connoisseur, you might actually have a reason to stop. When you buy a can of Pringles, you probably assume you’re eating some deliciously-flavored potato chips that millions of other people love to snack on. While they are indeed a popular choice of junk food, they aren’t actually potato chips. In fact, they aren’t even made from potatoes.

Here’s What’s Really In Your Pringles

In an effort to avoid taxes levied against luxury foods in the UK, The Pringles Company once argued that the potato content of their chips was so low that they are technically not even potato chips! The process of making Pringles actually begins with rice, wheat, corn and potato flakes that are pressed into shape. This creates a dough-like substance that is then rolled out into an ultra-thin sheet and cut into chips by a machine. The chips are then thrown onto a conveyor belt where they move through boiling oil then are blown dry, sprayed with powdered flavors and stacked into cans. 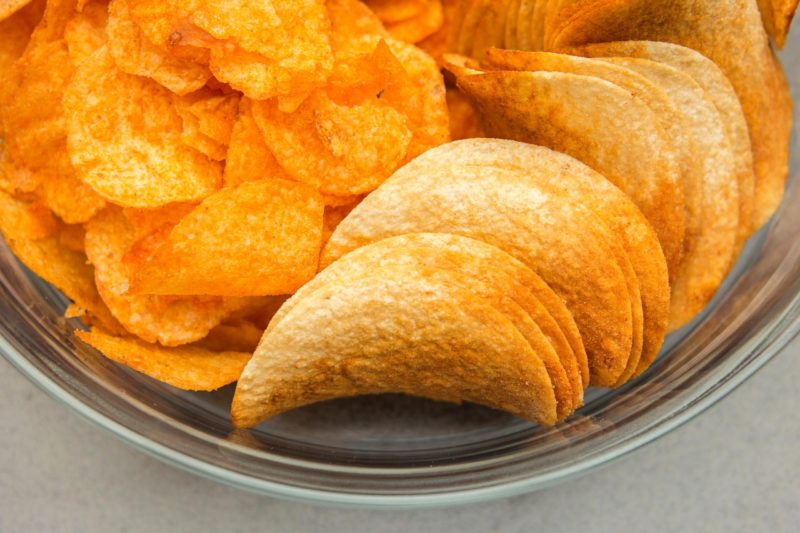 The Dangers of Acrylamide

I think most of us can agree that chips taste good. Whether they’re barbeque, sour cream and onion or salt and vinegar, it’s all to easy to pop open a container and find it difficult to stop crunching. But Pringles are full of hazardous ingredients that make them one of the most toxic, processed foods you can eat. One of the most concerning is a chemical by-product known as acrylamide. Acrylamide is a cancer-causing and potentially neurotoxic chemical that is created when foods rich in carbohydrates are cooked at high temperatures. To no surprise, it can be found in chips.

The federal limit for acrylamide in drinking water is about 0.12 micrograms in an 8 ounce glass of water. The 2005 report “How Potato Chips Stack Up: Levels of Cancer-Causing Acrylamide in Popular Brands of Potato Chips” found that all potato chip products tested exceeded that legal limit of acrylamide by a minimum of 39 times and as much as 910 times!

High levels of acrylamide has been shown to cause neurological damage in humans and a risk for several different types of cancer in animal studies. But acrylamide isn’t the only dangerous ingredient in Pringles. All foods cooked at a temperature higher than 120 degrees Celsius can include many heat induced toxins. A project called the Heat Generated Food Toxicants reported that there are over 800 heat induced compounds that can be found in industrial or restaurant prepared foods. At least 52 of these compounds are potential carcinogens!

What About Baked Chips?

If you think you’re being a little bit more health conscious by buying baked chips, think again. According to the U.S. Food and Drug Administration data on acrylamide levels in foods, baked chips may contain more than three times the level of acrylamide as regular chips! The best way to avoid these dangerous heat induced toxins is to skip the chips, french fries and other processed foods. If you’re addicted to the crunch of Pringles, try munching on some celery, an apple or some almonds instead!