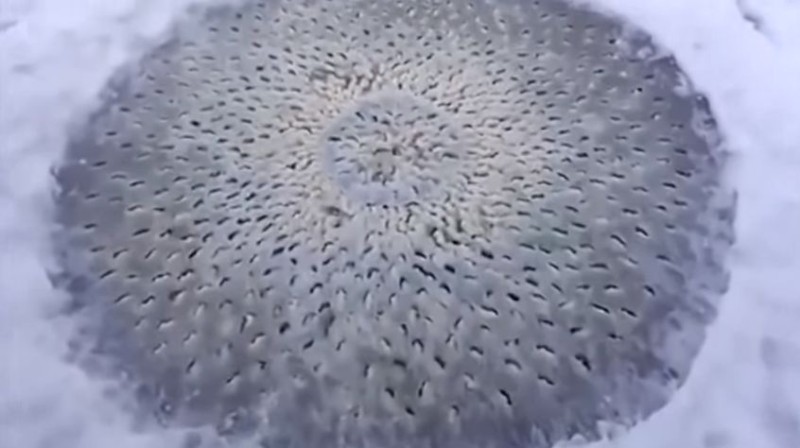 Teenagers Find What They Call “Alien Eggs” in a Frozen Lake

A Youtube video posted on December 16th has caused a stir all over the internet. What these boys have found in this frozen lake is both odd and disturbing.

The boys state that they found this strange circular formation while walking across a lake in Utah. In the darkened circle are holes with gel like things inside of them. The boys even reached out and touched them. Gross!

They say the structures look like alien eggs, but some other people have different theories.

The unusual bipyramidal yellow crystals are indicative of a biological antifreeze Protein (APF). I suspect that the AFP from a low-temperature tolerant organism inhibited the crystallization of the ice, producing this pattern and the roughly bipyramidal yellow “crystals.” The pattern is caused by diffusion of the AFP and crystallization of ice, causes emergence of structure via self-organization. It may be a rare fungus or even perhaps the blood of an arctic species fish caught and eaten by a predator. If the latter is the case, these unusual structures may be known to the Inuit.

The boys also find a single coffee cup that could have been used to transfer APF to the ice.

I do not know. Prank or not, it is weird and more than just a little creepy.

Check out the video below:

Warning: Those with trypophobia, or a fear of holes, may find the video disturbing.

Seriously! Look at the shape of these things! They do look like alien eggs. 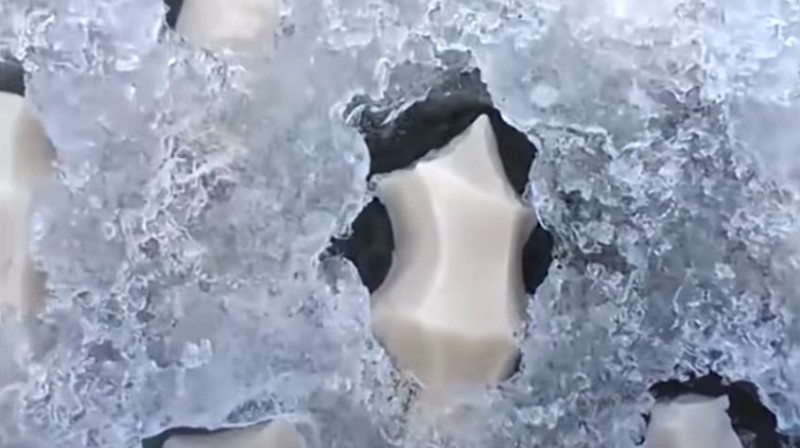