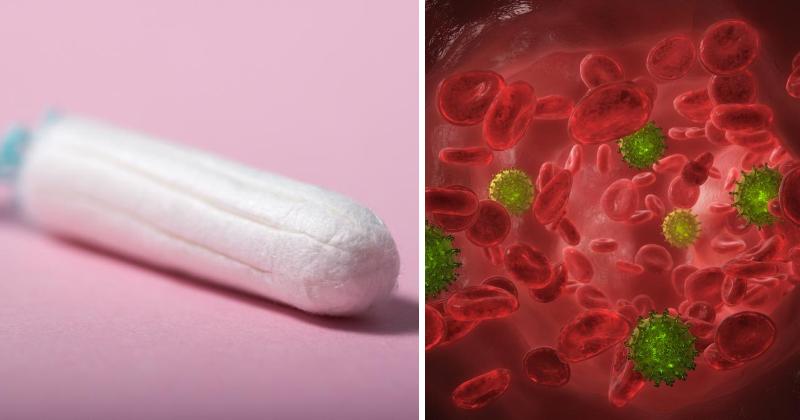 You Should Stop Using Tampons Because Of This Serious Health Issue!

The menstrual cycle is a natural occurrence that us lucky women get to deal with on a monthly basis. I know, it keeps our bodies healthy and it allows us to experience the miracle of birthing a child. I know it’s technically a good thing. But sometimes, it can really be a pain. Literally.

There are several choices available for women when Aunt Flo comes to town, and tampons are one of them. They may “fix the problem,” but are they safe to use?

You may have heard about the dangers of leaving a tampon in for more than eight hours. Doing so can result in Toxic Shock Syndrome – a sudden and potentially fatal condition, caused by the release of poisonous substances from an overgrowth of bacteria. The bacteria is called Staphylococcus aureus, or staph, which many women carry.

Toxic Shock Syndrome first made headlines in the late 1970s and early 1980s after several women died from using super-absorbent tampons. In 1980 alone, 890 cases of toxic shock syndrome were reported, with a fatality rate of around 8%. Thankfully, the brand of the tampon in question was ultimately removed from the market. Those who die from the disease are killed by the body’s response to the poisons released by staph bacteria. Most suffer from hypotensive shock, where both the heart and the lungs stop working.

Scary, right? Here’s the good news — Today, cases of toxic shock syndrome are rare, since certain types of tampons were pulled off of the market. But if you turn to tampons during your period, especially high absorbency ones, you should be aware of the possibility and use precautions.

Now that we got that out of the way, let’s talk about another health issue concerning tampons — what they’re made out of.

If you’re into healthy eating as many of us are these days, you probably read labels at the grocery store to steer clear of harmful ingredients. Do you do the same when you purchase tampons? Women’s Voices For the Earth found that a wide variety of chemicals and pesticides may be contaminating the cotton used in tampons. Alex Scranton, Director of Science and Research with the group explains, “Vaginal tissue is lined with permeable mucous membranes, which protect the body from bacteria, but which can also easily absorb or be irritated by other chemicals.” AKA – if there are pesticides or chemicals in your tampons, you can bet that they are being absorbed by your body.

This also applies to the fact that some tampon companies label their products “chlorine-free.” If you’ve ever wondered about that, it’s because a chlorine bleaching process is used on the cotton that makes up the tampon. Rebecca Alvandi, activist and co-owner of the natural feminine hygiene company Maxim, recently explained the dangers of the process to Bustle: “Chlorine is used to whiten and disinfect raw materials, but it leaves behind these dioxin residues in the fibers of the tampon. Dioxins are carcinogens… cancer-causing agents.” She went on to explain that pulling a tampon out can leave fibers in the body, which create a breeding ground for bacteria, increasing the risk for Toxic Shock Syndrome.

Most tampon companies choose chlorine bleaching due to its low cost, but there are other options. Organic tampons are also bleached, but the hydrogen peroxide used is a more natural bleaching agent that doesn’t leave behind any carcinogenic materials.

Whether you’re a tampon user or not, it’s always best to stay informed, so now you have the facts. The decision is yours to make. For more info, watch the video below!