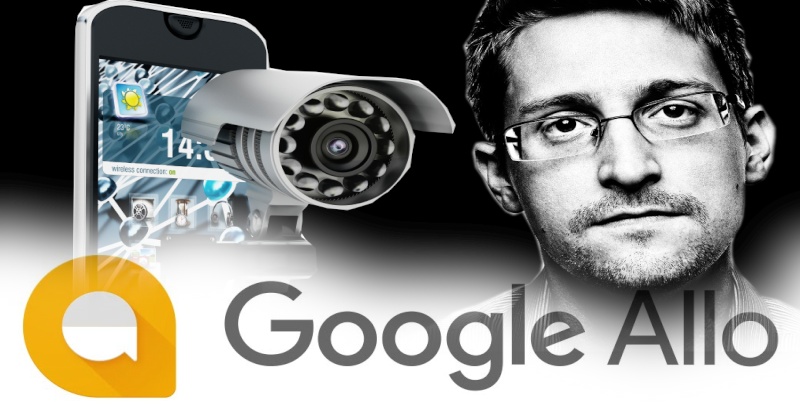 Edward Snowden continues his fearless crusade for privacy—this time by warning people not to use Google’s new messaging app.

The new app is called “Allo”, and according to the notorious NSA whistleblower, it “records every message you ever send” and can even make it “available to police upon request.”

What is #Allo? A Google app that records every message you ever send and makes it available to police upon request. https://t.co/EdPRC0G7Py

And it appears Google pulled off a bait-and-switch: despite originally claiming that the app used end-to-end encryption (like one of its competitors, “WhatsApp”), they waited until the day of the messenger’s release to announce massive changes to its privacy standards.

Thinking about #Allo? Last year, our secret court approved 100% of requests for surveillance. They would cover Allo. https://t.co/oYtc3Pu8tx

“Allo” will utilize Orwellian features like “Smart Reply” which uses artificial intelligence to predict your behavior, thus making functions more convenient for you.

However, as Zero Hedge reports:

How does Allo plan on predicting your every word and witty emoji, you ask? ‘The more you use it, the more it improves over time,’ which basically means they’ll collect and store as much of your data as possible and then use artificial intelligence to guess your replies.

An app that collects as much data about your daily behavior as possible—all while being totally vulnerable to the spying eyes of U.S. intelligence?

You may want to consider uninstalling this app….