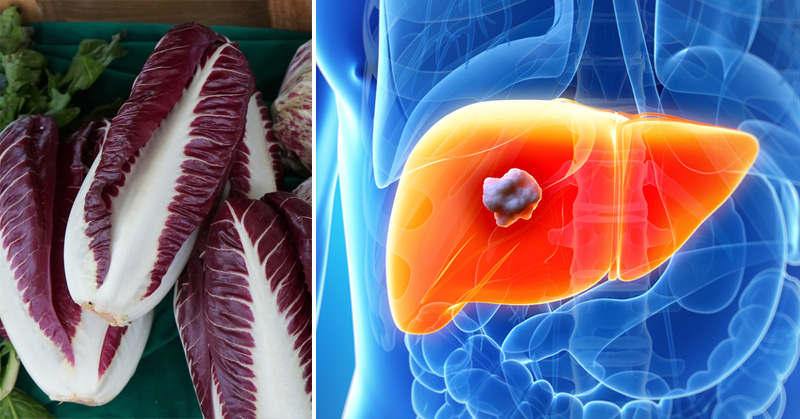 Radicchio (pronounced rah-DEE-key-oh), is a “leaf chicory.” A member of the chicory plant family, this striking red and white leaf stars in many Italian dishes. While radicchio looks very similar to red cabbage, it also packs a nutritional punch. Its natural sedative properties have been used to treat insomnia and relieve pain. Radicchio benefits also include the ability to fight the growth of cancer cells and support heart health. Check it out!

1. Fights the Growth of Cancer Cells

Radicchio benefits include the ability to stop cancer cell growth. In fact, the antioxidants in radicchio work to fight a common liver cancer cell. And when the chicory plant is not exposed to pesticides, the levels of cancer-fighting antioxidants are even higher. Furthermore, studies have shown that radicchio benefits may also include a reduced risk of colon cancer. (1)

2. Provides the Body With Antioxidants

Yep, radicchio packs a health punch, too! The benefits of this plant include the ability to provide the body with disease-fighting antioxidants. Those antioxidants work to fight free radical damage by reducing oxidative stress. Specifically, radicchio contains the antioxidants lutein and zeaxanthin, which play an important role in eye health.

Radicchio benefits include the ability to support heart health. This vegetable appears as one of the stars of the Mediterranean diet, which is known to reduce the risk of heart disease and improve heart health. Radicchio benefits also include the ability to provide the body with a healthy dose of Vitamin K. Vitamin K plays an important role in reducing inflammation, preventing the calcification of the arteries, and maintaining healthy blood pressure levels. (2) 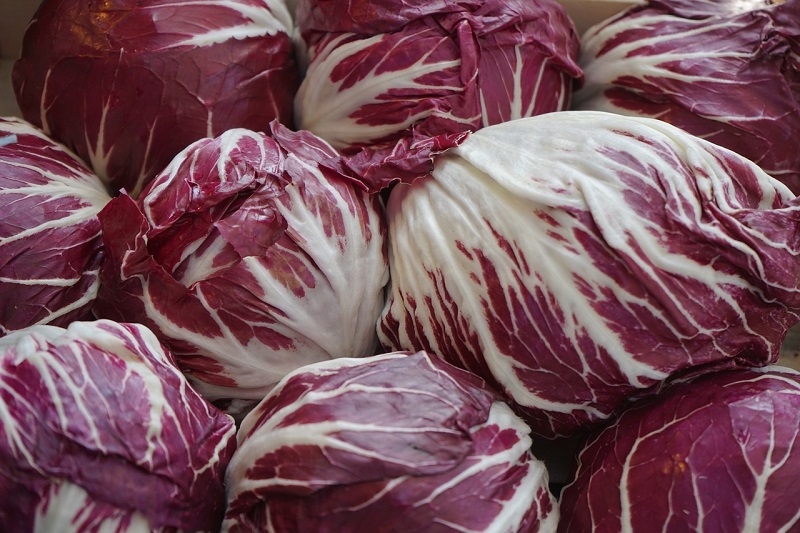 Radicchio benefits include anti-parasitic properties. A 2016 study found that radicchio had significant anti-parasitic effects on a type of roundworm, suggesting that the plant may be able to fight other parasites as well. (4)

When it comes to cooking, red cabbage works best in slaws, or slow-cooked. Radicchio’s bitter taste works well in salads or as a nutritional pizza topping.