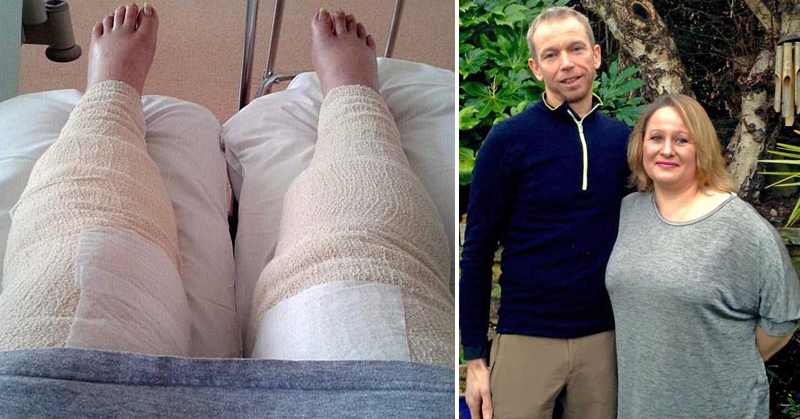 Mother Almost Loses Legs Due To This Common Hygiene Habit

If you’re one to get a little queasy, you should probably stop yourself from scrolling any further down. If you’re curious, keep on reading, but know that you’ve been warned! Dana Sedgewick is sharing a story that women everywhere need to hear. She’s speaking out after almost losing her legs to a deadly infection, caused by something many women do every day: shaving.

Warning: The images below are graphic.

While shaving her pubic area with a brand new razor, Dana cut herself. She developed a red rash on her legs almost immediately, that quickly turned black thanks to a flesh-eating infection known as necrotizing fasciitis. 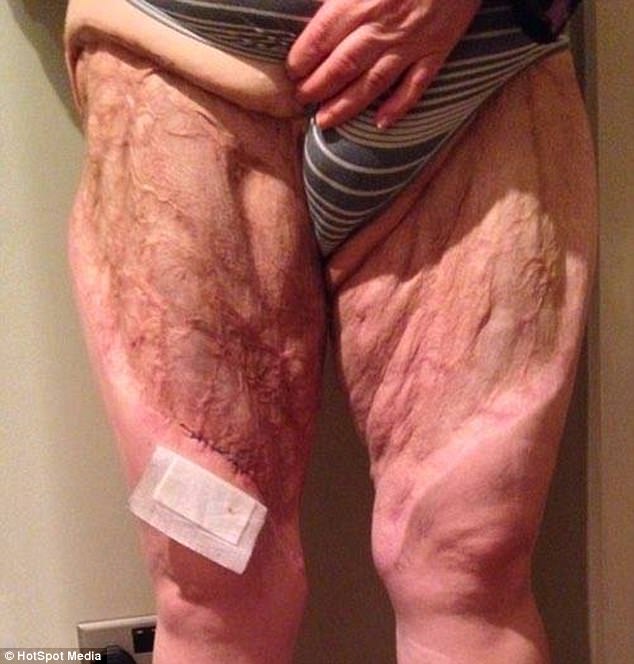 Dana was rushed to the hospital where doctors began to remove her rotting skin. She developed sepsis during the procedure and was placed in a coma. Doctors notified her family that she had only a 30% chance of living.

After Dana experienced kidney failure and her heart stopped four different times, she survived. She told Daily Mail, “Like a lot of women, I tried to keep a tidy bikini line. So I had a quick trim with a new razor, but over the weekend, I felt unwell and noticed a little pimple on my groin which kept bleeding. I didn’t think anything of it as I often got a rash from shaving. Little did I know that this tiny pimple would almost cost me my life.” 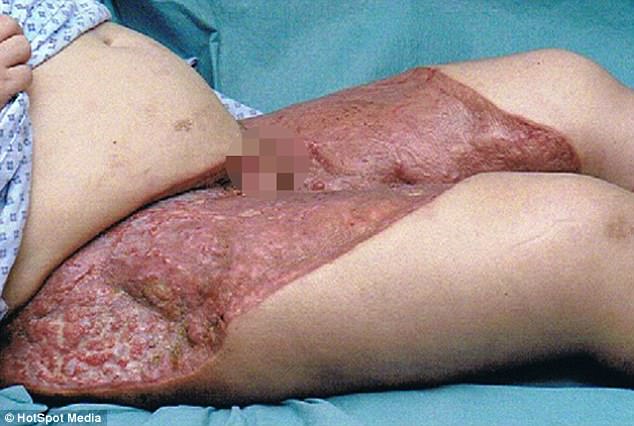 When Dana saw her legs for the first time after the incident, she was in shock. “It was horrific. All of my muscle had rotted away, and I had a crater of skin near my groin. I felt like I was going to throw up,” she said. “But I knew that it could have been much, much worse. I could easily have lost my legs – or worse, died.”

Dana spent six weeks recovering in the hospital before she was finally discharged. Over the next few years, she underwent 21 surgeries to help improve the appearance of the skin on her legs. Her husband Matthew remained by her side. Dana explained, “It didn’t feel like my own body any more, but with Mat’s support, I grew to see the scars as a reminder of how brave I’d been, and how lucky I was to survive. It’s incredible to think a tiny shaving spot could have killed me. I had a very close shave indeed.”

Narcotizing fasciitis is a serious problem. Learn more in the video below.