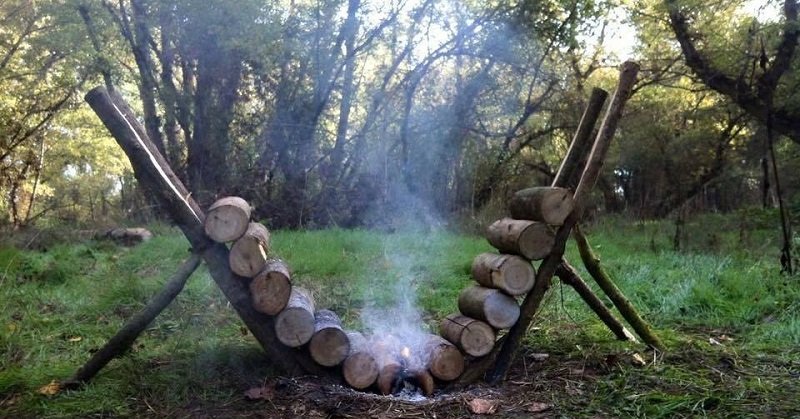 One of the most fun parts about camping is sitting around a fire with your friends or family, singing songs or telling stories. But what’s not fun about camping is having to constantly keep the fire going.

In cases where you’re lost while hiking and trying to survive the night by keeping warm and alert (a position that, statistically speaking, some of you reading this article will find yourselves in), keeping a fire going for as long as possible with minimal effort is something of great importance.

But whatever your fire longevity needs might be – whether for leisure or survival – this handy trick I’m about to show you can produce a fire which burns a whole 14 hours. 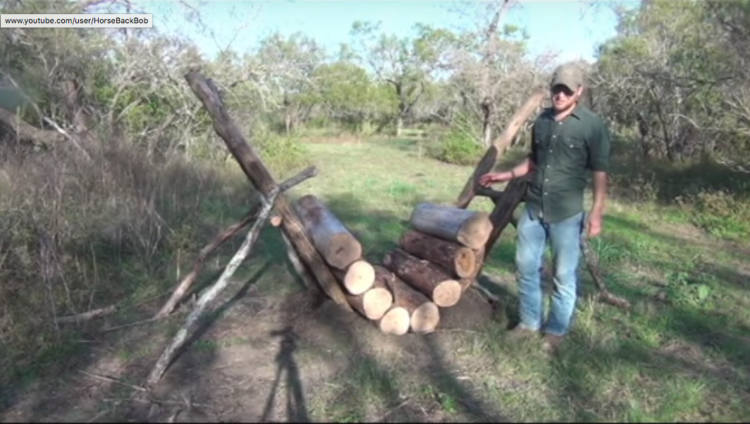 Two opposing ramps are angled in this array, which will cause a new log to roll into place when needed. 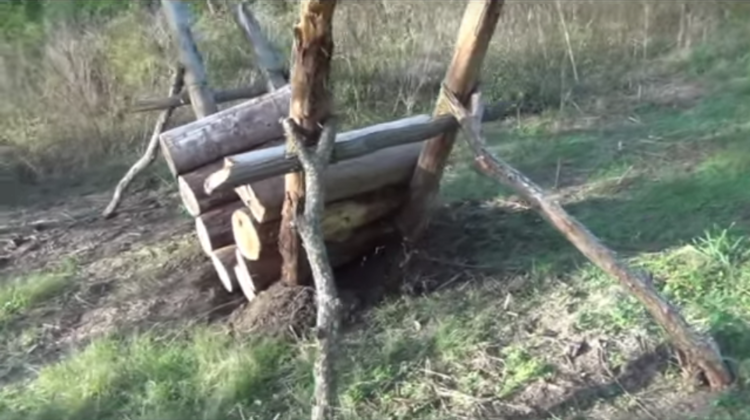 The construction is fairly simple, and requires the following: 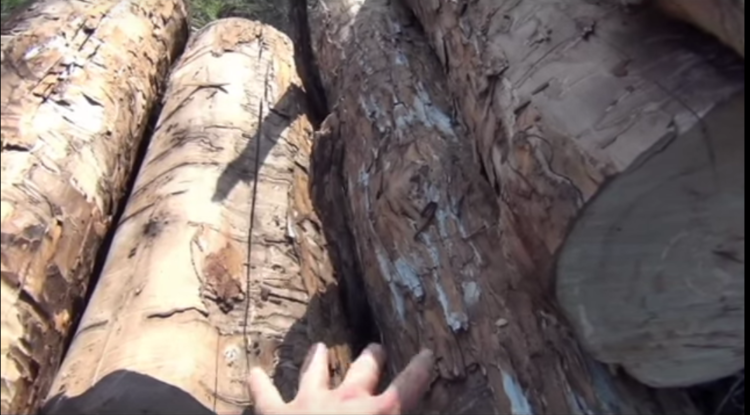 You will want to leave a space in between the bottom two logs by using a spare piece of timber, as shown above. This will allow the fire to get started. Once the fire has begun, the timber will burn on its own and the two bottom logs will come together. 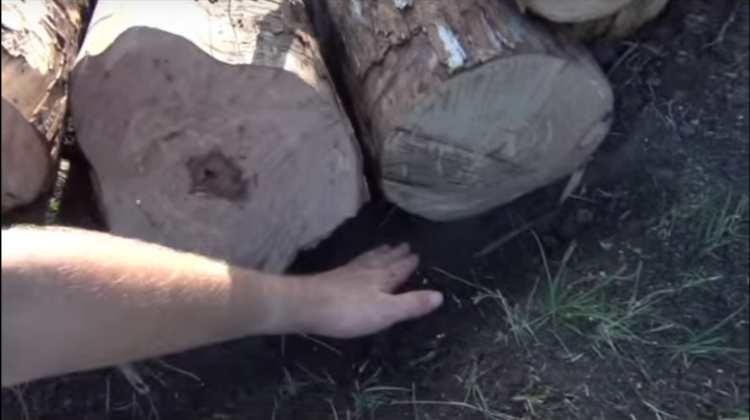 You will also want to leave the ends of the fire pit open – this will allow the fire to burn not just in the middle but at the sides as well, which is crucial to deteriorating the entire log and allowing the next one to roll into place.

When you’re ready to light your fire, pack the area with dry grass, including the pit below the logs. 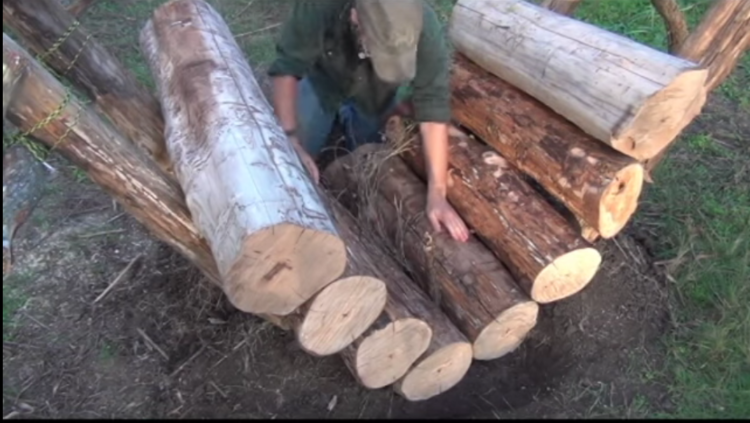 Then, light fires on either side of the pit. 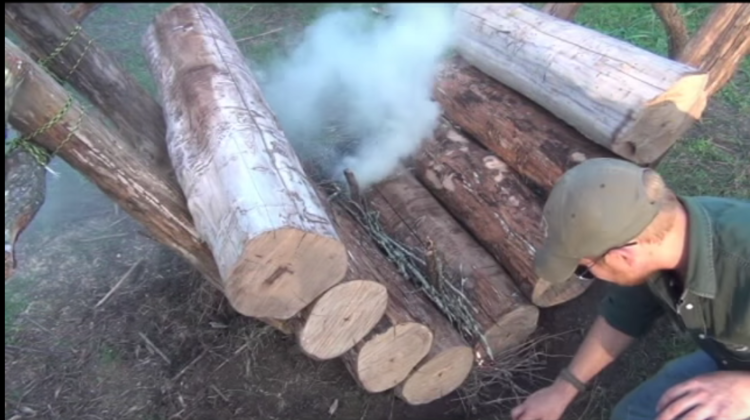 Check out this video below from Bob Hansler to see how things progress. On his first try, he managed to create a fire that lasted over 14 hours.

I would recommend practicing, like Bob did, so that if you ever find yourself in need (or want) of such a fire that burns for so long, you’ll be able to replicate it.