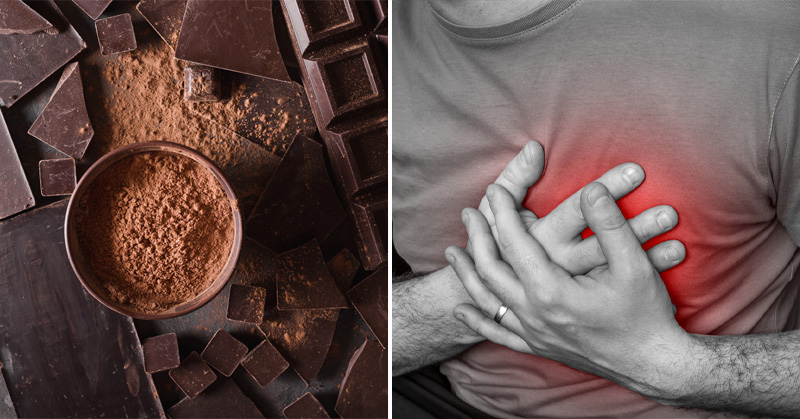 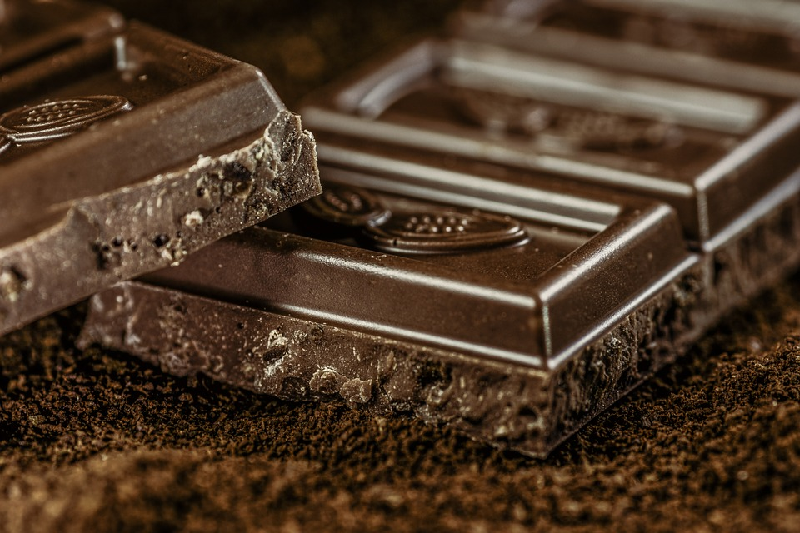 But how do you know what kind of dark chocolate to buy? Here’s the rule of thumb: the higher the cocoa percentage of your chocolate bar, the more antioxidants you’ll consume.

Heart vitality is another area in which dark chocolate health benefits apply. Flavanols are the main kind of flavonoid within dark chocolate. They have a positive effect on heart health because they can help lower blood pressure. Furthermore, flavanols can improve blood flow to the heart as well as to the brain. And dark chocolate flavanols can help make blood platelets less sticky and more able to clot. This lessens the likelihood of blood clots and stroke. (1)

And another study from 2015 followed the health of over 20,000 people for 11 years. The study found that dark chocolate intake is associated with the lowering of cardiovascular events. (3) However, this doesn’t mean you should go wild and eat as much chocolate as you can. It’s to be consumed and enjoyed in moderation. But moderate consumption can help improve the health of your heart! 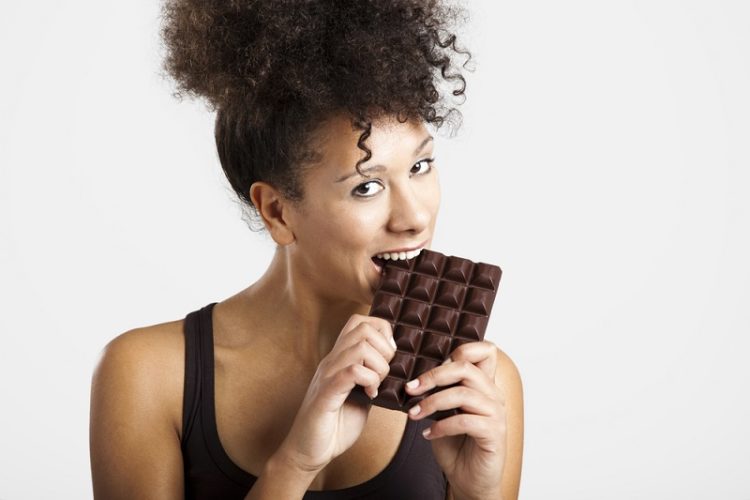 Moving on, dark chocolate health benefits include improving your cholesterol levels. This is due to the cocoa butter within dark chocolate. It contains oleic acid, which is a heart-healthy monounsaturated fat also found in olive oil. Cacao butter also contains stearic and palmitic acids. While palmitic acid can increase bad cholesterol, there is too small amount of it to make a difference. And stearic acid won’t raise or lower cholesterol.

And Southern Medical Journal published a study regarding dark chocolate health benefits. They found that just one week of dark chocolate intake improved lipid profiles and decreased platelet reactivity both in men as well as women. For women, the dark chocolate also reduced inflammation. (4)

Dark chocolate health benefits extend to your brain, too! In fact, it may be beneficial in treating dementia and stroke. Furthermore, a 2009 study published in the Journal of Nutrition showed how dark chocolate can improve cognitive ability in the elderly. The study involved more than 2,000 particpants, ages 70 to 74 years old. It examined the effects of flavonoid-rich food (including dark chocolate, wine and tea) on cognitive function.

Researchers concluded that consuming these foods is associated with an improvement in several cognitive abilities. They also suggested that these types of foods should be examined further for their role in brain health. (5)

As of this writing, there are at least 75 scientific articles looking at dark chocolate health benefits. Wow! It seems like when it comes to health, dark chocolate deserves a spotlight.

One study found that dark chocolate can lower blood pressure of hypertensive diabetics as well as can decrease fasting blood sugar. (6)

Hershey Co. conducted a study, which was published in Chemistry Central Journal. The study compared flavanol and polyphenol content in dark chocolate to that in acai berries, cranberries, blueberries, and pomegranates.

So are there dark chocolate health benefits?

Bottom line? Dark chocolate, in its proper form, has a higher concentration of certain antioxidants than some fruits. Perhaps it would be prudent to combine dark chocolate with its number one contender from this study, the pomegranate! Yum!

For example, you should try this decadent pomegranate and dark chocolate cream cake!  Delicious!