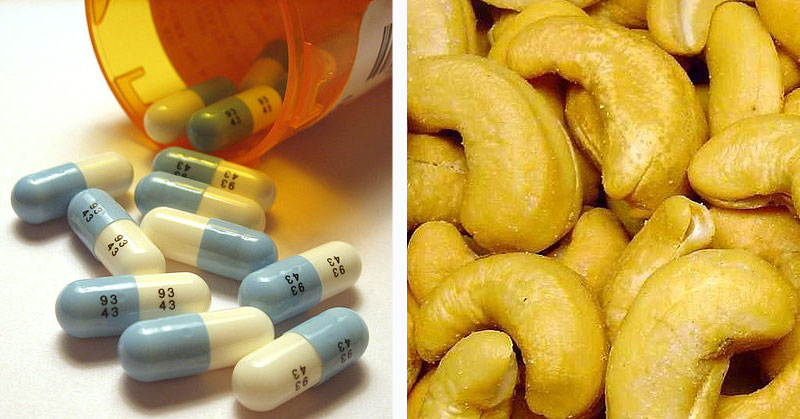 6.7% of Americans over the age of 18 will be affected by a major depressive disorder this year. This is equivalent to 14.8 million people. (DBSA) This is an insane amount of people, and many of them will resort to prescription medication like Prozac.

According to RXList, Minor Side Effects to Prozac include:

More Serious Side Effects Include:

However, there is a natural alternative available. A couple of handfuls of cashews may be the therapeutic equivalent to a prescription dose of Prozac.

This is great news for people who want a more natural response to their depression or for those who react terribly to Prozac. Also, cashews are delicious and can be found in milk or butter form. It is also possible to take cashews and turn them into something one can eat everyday to keep depression at bay.

Other health benefits of cashews include improved heart, bone, and oral health, diabetes relief, improved nerve and muscle function, and relief of anemia and gallstones. They are also full of antioxidants that encourage a better immune system and aid in the formation of red blood cells.

Listen to this story about a woman who was dosed with niacin to fight her depression. Niacin is found in cashews.

What do you think? Would you ditch Prozac for cashews?