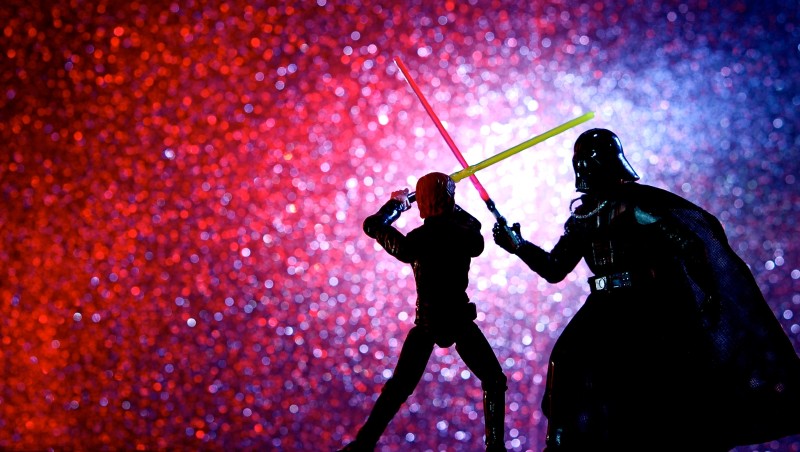 What if I Told You Jedi Like Abilities are Actually Attainable

My first memory of TV is The Return of the Jedi, and there is familiarity attached to that memory. I am pretty certain I was watching Star Wars since before I can remember, and know I have always wanted to be a Jedi.

I mean, Jedi are so cool when one is young. They are calm, they know what is going to happen, and they can change the thinking of others. Also, how badass was it to see Yoda lift the X-Wing out of the water? That guy was my hero when I was younger.

What if I told you these Jedi-like abilities we all love are actually possible to have? I know it seems farfetched, but some people like to believe that force is strong, and all one has to do is reach out and grasp it.

Won’t you take a chance?

Obi-Wan states, “Well, the Force is what gives a Jedi his power. It’s an energy field created by all living things. It surrounds us and penetrates us; it binds the galaxy together.” Although not necessarily called the force, there is a connection present in all life on our physical and spiritual planet. The force is a connection to oneness. Mindfulness, Deeksha, meditation, reiki, and yoga are all used to help a person sense this unity and use it to promote peace and the natural flow or balance of the universe.

These superhuman abilities, most Jedi seem to be born with, are what draws most people in, it is all the action and fun of lightsaber duels and extremely fast racing.

However, training one’s reflexes so that they appear superhuman may not be as impossible as one imagines. It is easy when one slows down their perception of time and becomes fully present. This zone of operation is call kairos time or “God’s time.” Mindfulness techniques will help with this process along with practicing Observer Consciousness.

Observer Consciousness is where you become aware of all of your senses, emotions, and thoughts, but you are completely neutral to them. You enter a higher state where you aren’t ruled by your ego or chemical emotions but instead trust your higher feelings, intuition, and can see truth unclouded. This is when you will be able to see and react without missing a beat mentally, physically, or verbally. (The Mind Unleashed)

As previously stated, Jedi are connected to the force and thus connected to all living things. That is why Obi-Wan was able to sense when Alderaan was destroyed.

Being able to feel the emotions and pain of others is a common gift for empaths. However, many of them do not have the training necessary to harness these abilities. Becoming balanced and being present is the best way to improve control over one’s self and gain the ability to feel how others are feeling.

Chakra alignment, yoga, meditation, and mindfulness are some of the best ways to stay present and balanced. Then one can better see what is happening around them and find solutions.

Understanding the Past and Future

Jedi commonly meditate to get a clearer idea of what has happened, what is happening, and what will happen. Being able to see more of the picture leads to a more definite sense of the truth.

Seeing patterns in society or people makes it easier to decide on a potential path. Awareness is increased, and greater influence is achieved.

It is also possible to take a look at a past event from an entirely neutral perspective. This is called recall. Recall gives a person the ability to heal, adjust behavior for a better future, and avoid making the same mistake again.

If I only got to pick one Jedi trick, it would be this one and, no, I do not want to analyze what that says about my personality.

The Jedi mind trick is a bit controversial, but many can see that it would be a great way to prevent someone from being harmed or for avoiding conflict.

Saying the right thing at the right time is a skill that is possible to obtain with practice. A simple word or motion can bring a person right out of rage and into calm. Also, visualizing light flowing from the chakras will help with the process.

However, like with the Jedi, there is a dark side. I do not suggest using this method for personal gain.

This is my number two choice. As a working mom, I could clean the house while taking care of business. There would be nothing cooler than that.

The Jedi connection to the force gives them the ability to move around and influence physical objects. They can feel the energy of each physical thing and use that energy to move it. In order for us to do this, we would have to see truly distance, time, and space as illusions of the mind and believe it. Only then would we be able to have such an influence on the world.

As the wise Yoda said:

I just got goosebumps! Yoda is still awesome!

What do you think? Are the powers of a Jedi attainable?