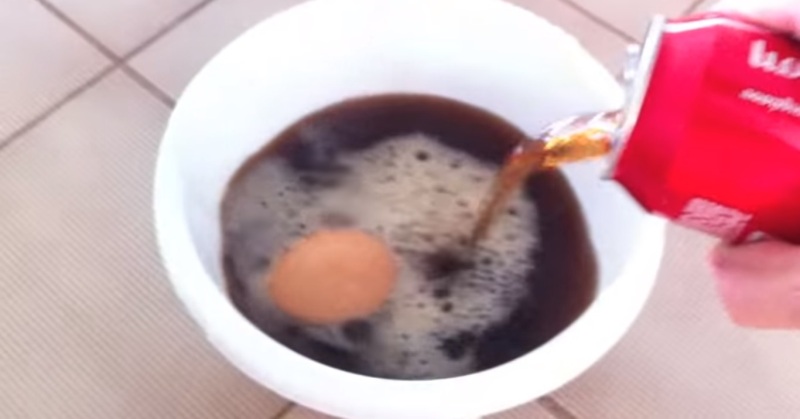 Man Drops a Hard-Boiled Egg in Coca Cola. What Happens Next Will Disturb You!

Coca Cola is still a very common drink in the U.S. and around the world. About 10,000 Coca Cola brand drinks are consumed every second, and 96% of the world recognizes the Coca Cola symbol. That is a lot of cola!

My anthropology teacher worked for a time in the remote mountainous regions of the Philippines and there is one story he told me that I have always remembered. He once traveled to an extremely secluded village that he had to wade through streams and cross multiple rope bridges to get to. When he got to his location, the village elder stood up and immediately offered him a coke. This was in the 1970s.

Coca Cola has taken over the world and billions of people drink their products every day. However, we need to stop and think, What is it doing to our health?

A clear example of what phosphoric acid does to the body can be seen in the video below. A man leaves a hard boiled egg in Coca Cola for one year. What he finds is very disturbing!

After seeing this, you can’t help but imagine what cola is doing to your body!