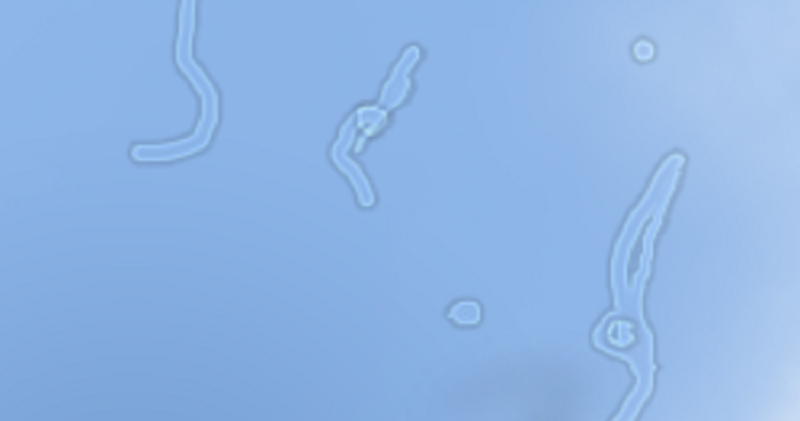 Every so often, a person may see floating things seemingly in the air in front of their eyes. They look a little like worms and move around with eye movement. I have not seen any recently, but I remember noticing them when I was a child. I always thought they were a little weird and wondered exactly what they are.

Apparently, floaters are not what they are officially called. The correct term is muscae volitantes, Latin for Flying Flies. But do not worry. They are not flies, bugs or any living thing at all.

Muscae volitantes are made up of tissue, red blood cells, or protein. These small chunks are seen when they move near the back of the eye where the retina is located. We are not seeing the floaters themselves, but the shadow they make on the retina.

Floaters pose no potential health risk at all. They can, however, make some people nervous if they do not know what they are seeing.

“Floaters in the eye never worsen the sight, they only make the patient more nervous and frighten him a bit at the beginning because he is afraid of some more serious illness.” (Source)

Because they pose no harm to the eye or vision, there is also no treatment for the problem. Most people tend to ignore them as they only show up when one is looking at a bright or mostly white surface.

I have not noticed my floaters for a while. But, if I take some time to look at the wall, I can see a few of them swimming around. As my eye tries to follow them, they move away quite quickly, and I cannot see them anymore. This is common as the floater is in the liquid of the eye and will move with it.

Learn more about floaters in the video below!

Do you have floaters?