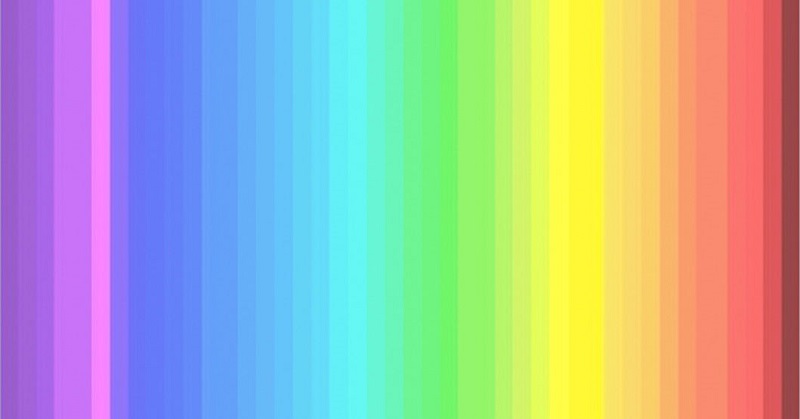 Only 1 in 4 People Can See Every Color. How Many Can You See?

According to research, it’s possible that we don’t all see the same colors. Experts say one person could perceive the color red as someone else’s blue or green.

Remember a few months ago when a huge stink was raised over the color of a dress?  It all has to do with how many color receptors you have.

The most popular explanation, as agreed upon by IFL Science and ASAP Science, is that the photo argument provides an example of the phenomenon color constancy. It leads to the perceived color of an object being “guessed” by our brains based on the lighting conditions of the environment around us.

Neuromarketing expert Diana Derval put together this similar, mega-interesting exercise that will tell you how color sensitive your eyes are.

Just count the colors in this box:

How many did you count, and what does it mean?

This would indicate that you only have two cones in your eyes, which would make you a dichromat – only two colors are perceptible to you. Dichromats make up 25% of the population.

If you saw this many colors, you’re a trichromat, a form of color blindness affecting roughly half the population. It is believed trichromat vision is what allows some mammals to distinguish between edible plants necessary for survival and non-important ones.

One fourth of the population would fall into this category. They would classify as tetrachromats, with four cones in their eyes. This allows them to see millions and millions of separate colors.

A BBC report highlights just how rare tetrachromats are. The mutation is due to a variation in a gene which influences the retinas’ development.

This allows people like artist Concetta Antico to see colors invisible to most of the population.

So how many colors did you see? Are you a tetrachromat?