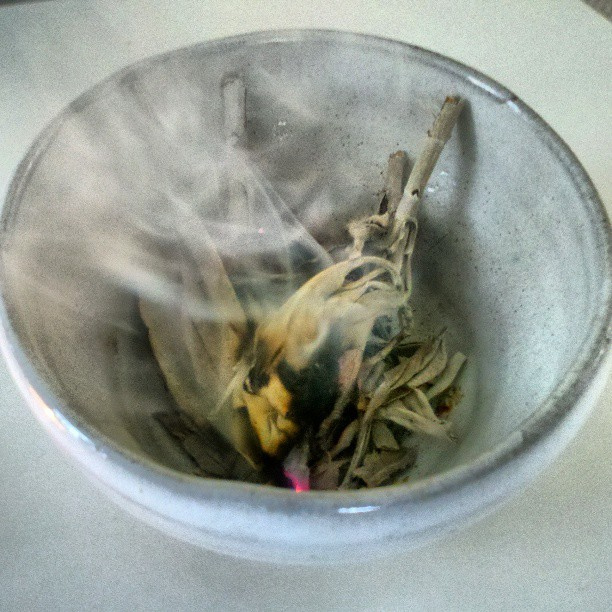 In various Native American cultures, there is a custom known as ‘smudging,’ in which medicinal herbs in the form of loose leaves are burned, and the smoke is left to settle in a room.

In a smudging ceremony, Natives believe the spirits of sacred plants are called to drive away negative energy and restore the balance to a particular space.

Depending on the exact desired effect, one might choose from a variety of plants to burn in a smudging ceremony. For example, sage is believed to drive out negative energy, sweet grass is thought to attract positive energy, and lavender is imagined to bless spiritually.

While these beliefs are held by indigenous groups and approached with some skepticism by many outside energies said groups, a study in the Journal Ethnopharmacology has found that the process of ‘smudging’ actually does bring with it many benefits.

The study, conducted by researchers at the Department of Pharmacy and Pharmacology at the University of the Witwatersrand, found a 94 percent reduction in the bacterial count of a room that had been treated for one hour by smudging.

This is not just remarkable news for anyone with an allergy. While everybody knows climate change and pollution affects the quality of the air outside, the United States Environmental Protection Agency has done considerable research on how the quality of our indoor air has been affected.

The agency found that health problems do indeed arise as a result of a reduction in indoor quality due to climate change. The culprits cited for this include everything from increased moisture (and resulting mold) in certain areas as well as evolving bacteria and infectious diseases.

This raises the point that we need to care about the quality of air in our homes and offices. Smudging, as both tradition and now science have argued, is a very viable means of doing so.

Read more about how you can smudge here.

Further, care for your space and increase its vibration with this article.