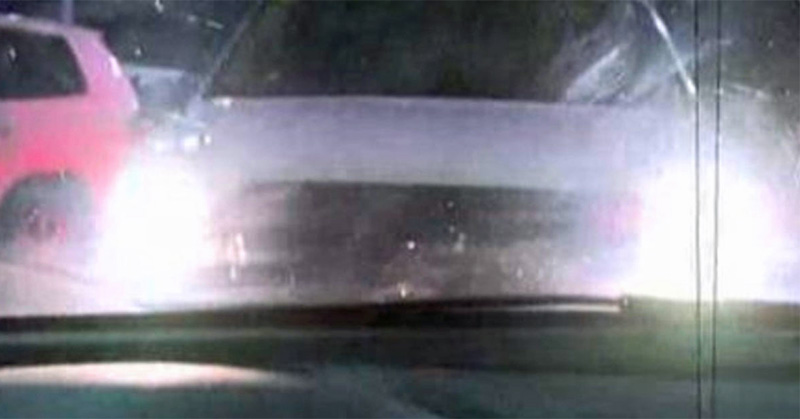 Police are warning about a possible pattern in attacks by thieves using car high-beams to blind their victims while trying to steal their valuables… The headlight scam.

It all started in a viral Facebook post where one woman claims she was in the parking lot of the Walmart in Newport, South Carolina when another car blinded her with her high beams while criminals tried to pry her doors open to get inside. Unlike a lot of viral posts on the internet, the police are taking this one very seriously. The Rock Hill South Carolina Police Department even put a post on Facebook about it asking for more information. In, the post, police admitted that this type of activity has been reported in other locations online and that they are trying to find out if there is a larger pattern of these types of attacks.

Everyone should try to stay safe and parking lots or garages can be one of your most vulnerable places. When you’re in your car  you leave yourself with a lot of blind spots. Criminals have and always will try to take advantage of you when you are vulnerable. Now, people have to look out for this latest tactic which South Carolina police are looking into. The latest tact not only does it’s best to take advantage of you in a vulnerable location but they also use high-beam headlights to blind you. While blinded the criminals are allegedly going on to attempt to open the victim’s doors or get them out of their vehicle.

NBC Charlotte spoke to a friend of the victim about the horrific attack:

“Someone turned on their high beams and she looked up and she can’t really see anything,” the victim’s friend told NBC Charlotte. She asked her identity to remain protected for her safety.

“And then of a sudden, she heard two men on both sides of her car, the passenger and the driver side,” she said. “As she was pulling away they were still trying to get in her car they were wearing hoodies and they had the hoodie part down past their eyes. Thankfully she locked her doors. It was just too close to home and I wanted people to be aware.”

The Rock Hill Police Department doesn’t have any leads on the suspect yet but their public information officer Mark Bollinger gave NBC Charlotte a few tips to help keep us safe:

Bollinger said especially during the holiday season and particularly after this incident, people should avoid sitting in their cars, especially alone, and when distracted.

If anything suspicious does happen, or if you feel as though someone is trying to tempt you out of your vehicle, always call 911.

“Stay in your car and call us or leave that spot,” Bollinger said. “If the car starts to follow you, go to the nearest police agency.”