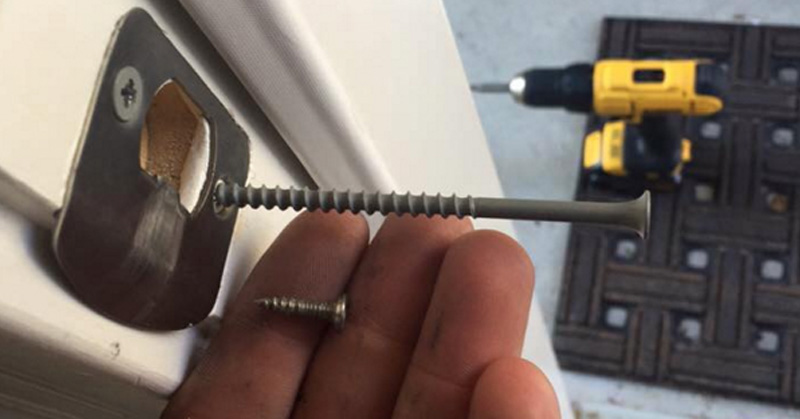 Police Say To Replace The Screws In Your Front Door! Here’s Why!

When Mariana Harrison bought her first place, her father came over to help her settle in. When he arrived, he had a drill and some priceless advice.

My dad gave me this advice a long time ago when I moved into my first apartment. He even came out and changed the screws for me as soon as I moved in. Someone else recently posted about it and I thought I would share!

A good home security tip that you may have never thought about…. Most contractors install the plates with the supplied screws which are only a half inch long and come out with one kick by a burglar.

He installed 4 inch screws in their place that go through the door frame and into the framing of the house. They can kick for a long time before they get tired! You can see in the picture the screw in his hand is the screw supplied with the door hardware. Making a burglar make a bunch of noise and be foiled in their initial plan can not only give you time to arm yourself but they will most likely move on to an easier target. 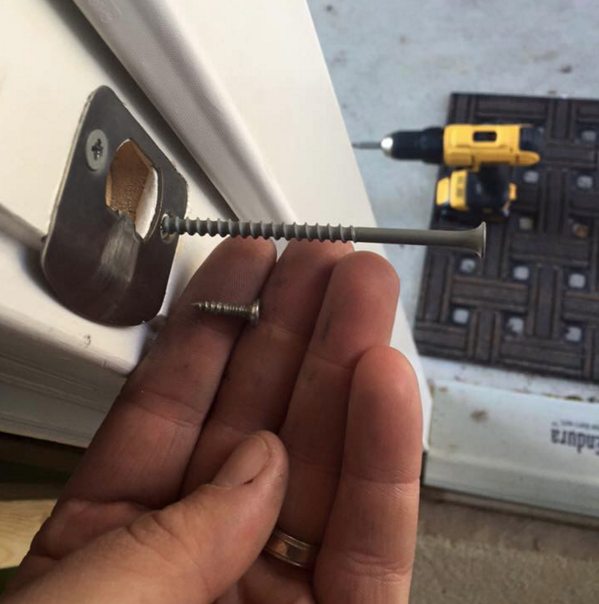 A burglary takes place every 18 seconds in the United States. 30% of the criminals behind those incidents get in through the front door. With that in mind, I’d say Mariana’s dad gave her some pretty solid advice!

In other burglary prevention news, would you know what to do if you saw a rubber band on your door handle? Visit this post to find out!

Have a look at this video from Houston Police for more clever anti-burglary tips!