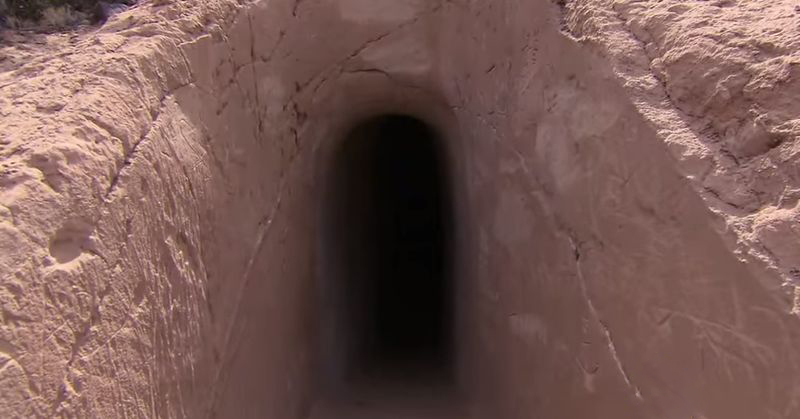 He Isolated Himself for 25 Years. What He Made in This Cave Will Blow Your Mind!

Have you ever wanted to disappear for the indefinite future? Just run away to a cave and emerge after a few presidents have had a chance to tinker with the state of the country?

While most of us leave our escapist ambitions at the door or in the mailbox as soon as bills and responsibilities arrive, one New Mexico man named Ra Paulette has spent the last 25 years in a cave, carving sandstone into magnificent art.

His only companion? A dog.

It’s not hard to see what took Paulette so long; his artwork is stunningly intricate. The cave walls seem to have become like clay in his hands.

His goal is to inspire people to open up emotionally in response to his paintings. But interestingly enough, Paulette doesn’t see himself as an artist. His pieces are more like environmental projects in his eyes, and he is merely expressing his sense of wonder.

Paulette is 75 years old and was born in Indiana. Martha Mendoza of the Los Angeles Times describes his work as “a sanctuary for prayer and meditation.”

People travel from all over to see Paulette’s cave carvings. One visitor said, “I felt the builder put so much of his soul and heart and mind into it, and I loved his spiritual expression. I felt so much peace.”

Remarkably, Paulette has never studied architecture or sculpting. He is completely self-taught, and works with shovels, pickaxes and scrapers. The San Fransisco Globe reported he charges only $12 per hour for his commissioned work.

The video you are about to see displaying Paulette’s work is absolutely incredible – and I’m sure the pixels on your screen won’t do it justice. Can you imagine how magnificent and overwhelming these carvings must be in person? I get goosebumps just thinking about it! 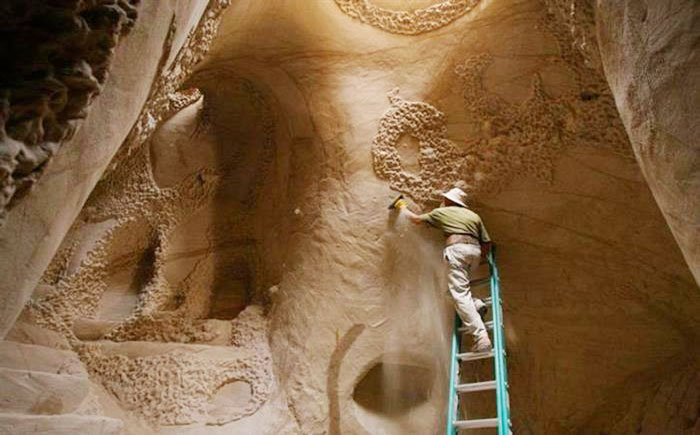 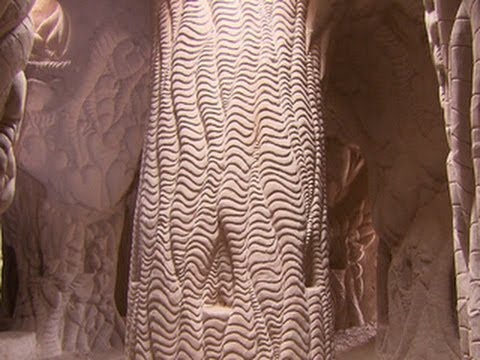