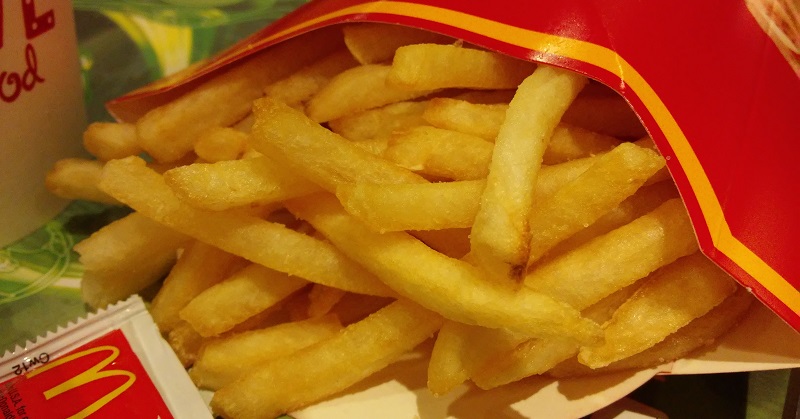 When You Find Out What is in McDonalds French Fries, You Will Be Disgusted!

The fact that there are more than 10 ingredients in McDonald’s fries should be reason enough to stay away from them. I mean, really, how many ingredients do you really need to make fries?

Grant Imahara from the super-awesome science show Mythbusters made the startling discovery when he visited a McDonald’s fry factory and reverse-engineered the fries to figure out exactly what they’re made of. 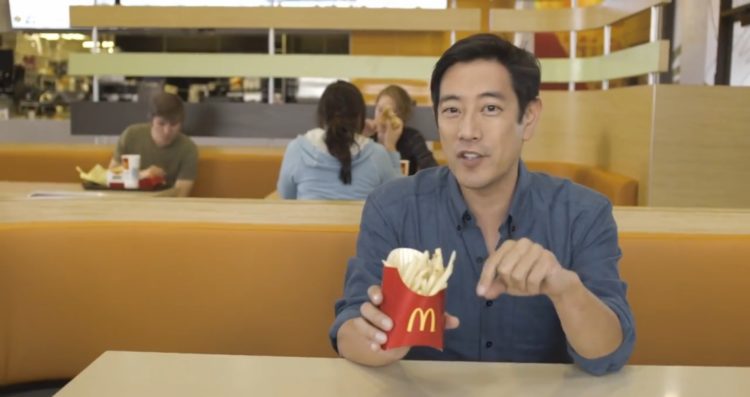 “I know what you’re thinking,” he said as he stood in front of a conveyor belt that was spitting out the fries. “These look like potatoes, but are they really potatoes?”

The short answer is: no.

The following is an abbreviated list of the ingredients contained in McDonald’s french fries:

The three offenders on the list are TBHQ, dimethylpolysiloxane and hydrogenated soybean oil.

I don’t even know how to pronounce that. And if you think it sounds a bit silly, you’re right, because it’s actually a major ingredient in Silly Putty.

But silly as that is, it can be dangerous because it often contains formaldehyde, which is known to be toxic; the National Toxicology Program lists it as carcinogenic to humans.

TBHQ is a type of phenol. Simply put, it’s what keeps McDonald’s fries from going bad. Ever.

What’s it also found in? Bio-diesel!

Healthline reports the chemical was found in lab studies done on animals to cause liver enlargement, neurotoxic effects, convulsions and paralysis.

TBHQ was also placed on the black list of the Feingold diet, a diet dedicated to managing attention deficit and hyperactivity disorder. In other words, health experts recommend that those with ADHD stay away from TBHQ.

It might be the only thing out of this devilish trinity that sounds even remotely natural but believe me, it’s anything but. Also known as trans fat, health experts refer to HSO as “the worst kind of fat, far worse than saturated fat.”

It has soybeans in it! How could it possibly be that bad?

Dr. Mercola writes that soybean oil is actually not a healthy oil, even on its own. The fat in soybean oil is mostly omega-6 fat, and while its important, Americans consume far too much of it.

When you add the risks associated with the hydrogenation process, it’s not hard to see why hydrogenated soybean oil is a big no-no.

In a statement to Global News last year, McDonald’s said the following:

“After listening carefully to our customers and identifying some of the challenges we were up against, McDonald’s created a transparent line of communication via the interactive, online Q&A platform.”

So that’s good. At least they’re being more transparent about what goes in their food. No news yet as to whether they’re going to actually change any of it, but hey, it’s a start.