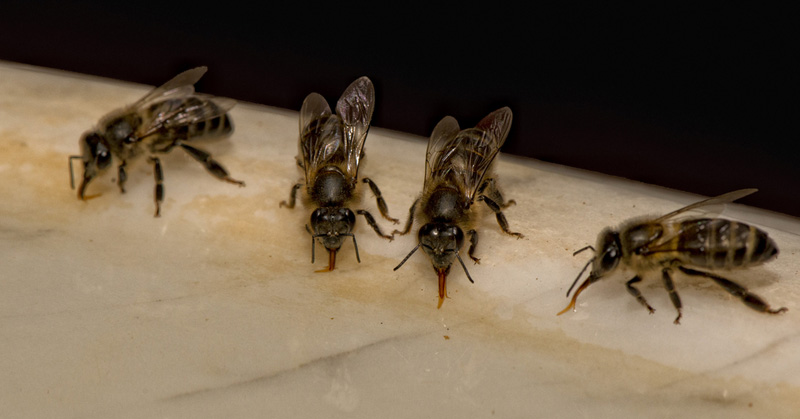 The Bees Knees: How To Make A Watering Station For Our Pollinators!

Who helps in the garden every year to ensure a bountiful harvest of fruits and vegetables? Pollinators! And who makes the list? Bees! Honeybees, bumblebees, mason bees, and more, at least 4,000 in the U.S. alone.

And they contribute on a national scale. In fact, in Britain, honeybees contribute nearly $200 million more to the economy annually than the Royal Family. At home in the U.S., they generate more than $24 billion each year.

How do they do it? Hard labor.

The Work of Bees

A bee’s wings beat roughly 200 times per second, which creates that distinctive buzz and helps them fly as fast as 15 miles per hour. That’s faster than most humans can run – an incredible feat when you consider a bee’s size.

And that’s not all! That speed is important, because a hive of bees needs to collect about 20 kg of pollen to feed the babies (larvae). At 20 mg per trip, that’s 1 million trips for the hive during the summer months.

As you might expect, these mighty pollinators need lots of water to keep going. But lakes and rivers pose drowning risks and make them vulnerable to predators. That’s where you can help, by making your own bee-watering station!

How To Make A Watering Station For Bees

Eddie from PA Organic Garden on YouTube has one brilliant method. He recommends you take a plastic bowl, fill it with water and place glass marbles in it. The marbles provide the bees a nice place to land and drink the water that collects in between the beads.

Check out Eddie’s method below!

Also be sure to plant some bee-friendly flowers near to the watering station. This will help the bees get nectar. In return for your help, they will help pollinate your garden. It’s a #win-win!

Want to learn more about helping bees in your garden? Check out these tips to care for Nature’s Pollinator.

Creating a safe haven for the humble bumble is even more important, as some species face colony collapse.