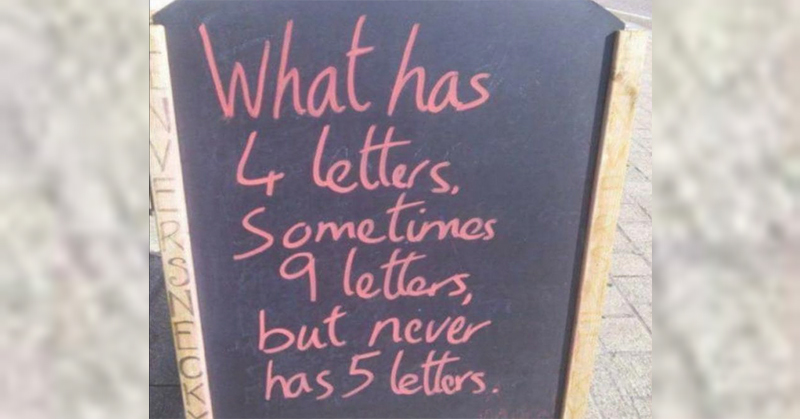 Only The Highly Perceptive Can Solve This Word Riddle

Words are like keys. They unlock pathways in our brains, leading us to conclusions and notions. For example, the word “summer” could give your brain such thoughts as hot, fun, and beach. But although some words have the capability to open several different pathways, some seem to open the same pathway, again and again. But once you realize the pattern, you can start to open new pathways. It all depends on the context, and quite often, the details we overlook. Take, for example, the riddle below, posted by Lacey Fernandez after she spotted it written on a chalkboard.

What has 4 letters, sometimes 9 letters, but never has 5 letters.

Do you know the answer?

Here is Lacey’s post, and although it grew like wildfire, no one seemed to be able to give her the answer. 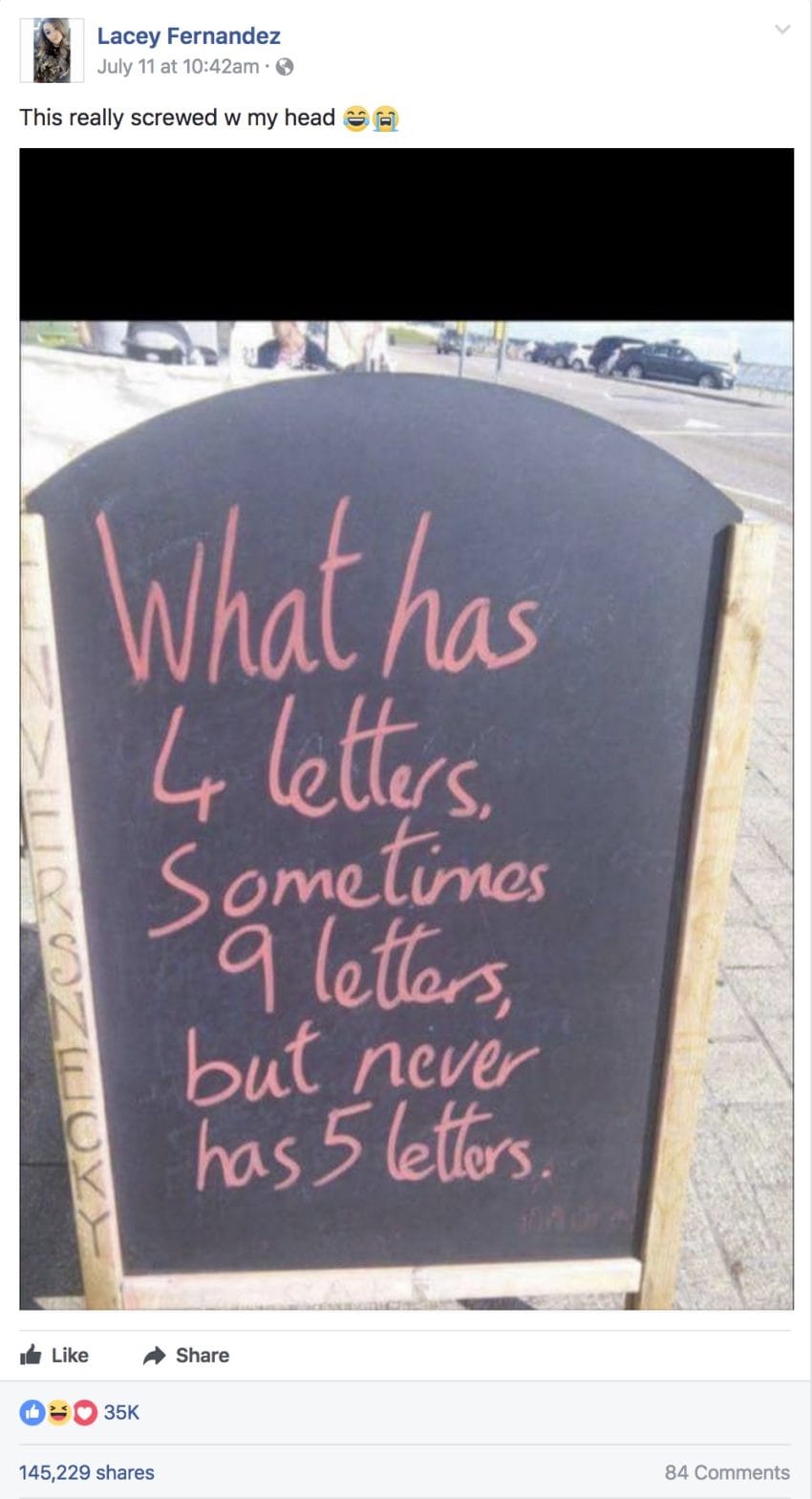 Have you solved it yet? Look at the words, carefully. Pay attention to the details–and more specifically, to the punctuation! Is it asking a question? The word “what” implies that maybe, just maybe, it is asking a question. That’s likely what your brain told you, isn’t it? But look closer. Do you see a question mark?

Now, then, have you riddled out the answer yet? No? Try looking at each line of the riddle as individual statements.

After all, that’s another hint: “statement”!

Here is the first one: 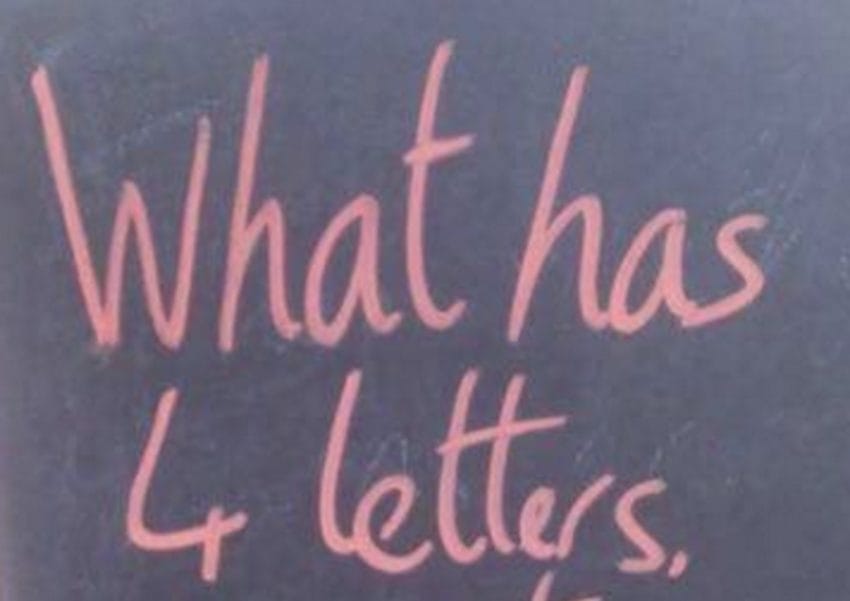 And here is the second:

And last, here is the third:

Do you have it yet? If not, don’t feel bad. Not many could solve this one on their own.

If it still doesn’t quite make sense to you, scroll down for the answer: 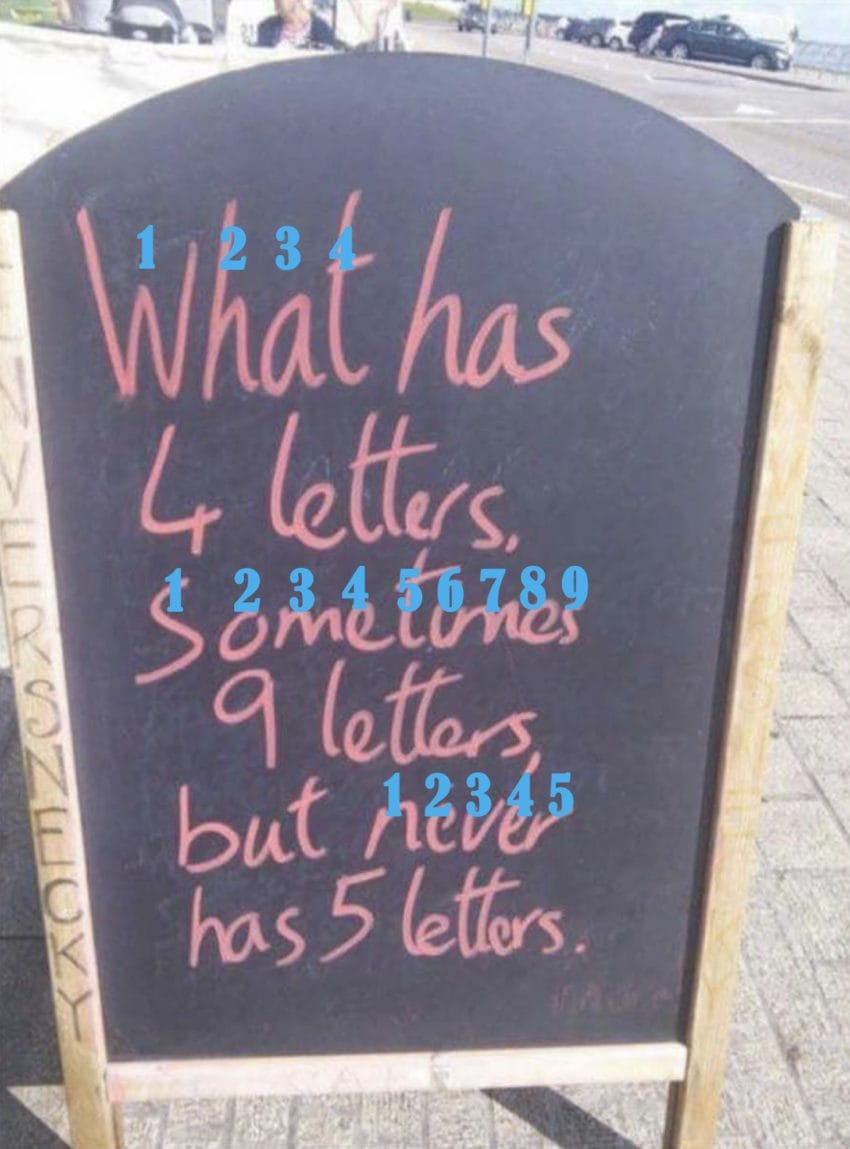