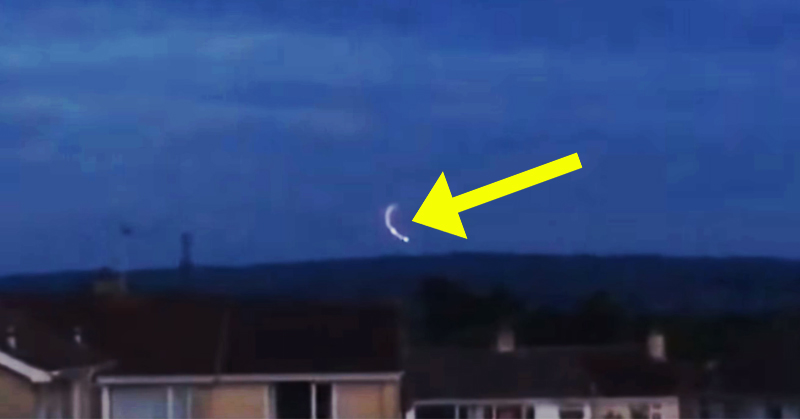 A resident in England has spotted and filmed a UFO hovering over the small town of Warminster, Wiltshire.

The video, filmed by a resident of Frome, shows a streak of light circling  in the sky near Cley Hill.   While the footage is remarkable, this isn’t the first time a UFO has visited Warminster.

This area of England has long been a hot spot for UFOs.

Nigel Vile, a Warminster local, frequently takes walks around the famous area. “Some experts have gone as far as to describe the nearby town of Warminster as Britain’s UFO capital,” Vile says. This is due to the phenomena that the town first encountered in the mid-1960s. Vile notes that,“[It] became known as the ‘Warminster Thing’.”

And the resident who caught the steak of light on video believes the streaks of light could be of an extraterrestrial nature, however, he is on the skeptical side.

Watch the UFO and hover over Warminster: