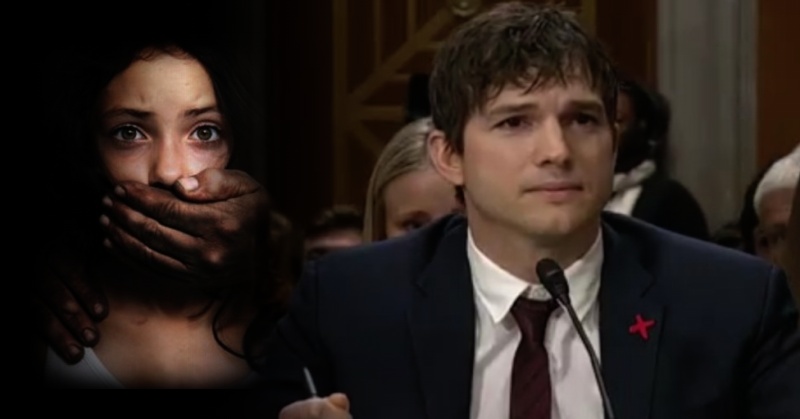 Ashton Kutcher was brought to tears Wednesday morning while testifying in front of the Senate Committee on Foreign Relations about human trafficking. (scroll down for video)

“I am here today to defend the right to pursue happiness,” said Kutcher, speaking on behalf of Thorn, an organization he co-founded that uses technology to fight the modern day slave trade.

“This is about the time where I start talking about politics that the internet trolls tell me to ‘stick to my day job,'” he continued, “So…I’d like to talk about my day job.”

Ashton then proceeded to describe his “day job”—fighting child sex trafficking, and being a father to his two children. 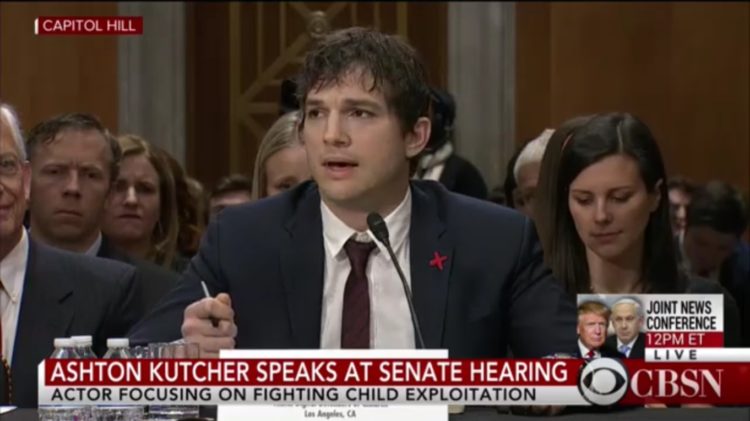 The famed actor and Iowa native continued, “I’ve been on the other end of a phone call from my team asking for my help because we had received a phone call from the Department of Homeland Security telling us that a 7-year-old girl was being sexually abused and that content was being spread around the dark web.”

“That’s my day job…and I’m sticking to it,” Kutcher concluded.

Indeed, Ashton’s organization, Thorn, boasts about its efficacy in curbing child sex trafficking on its own website, claiming that through its new technology called “Spotlight”, they have: