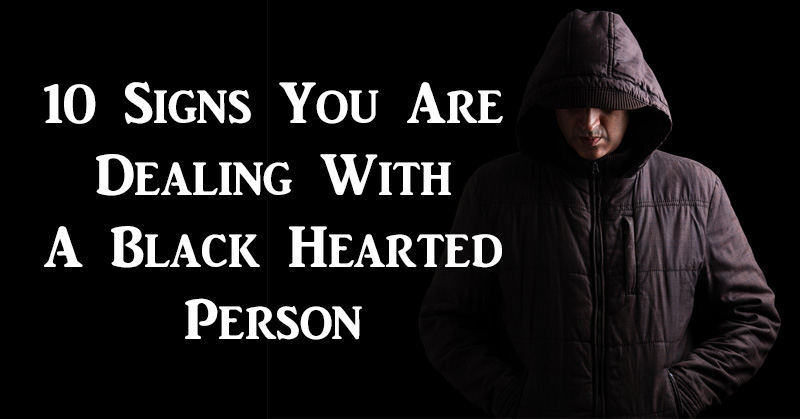 10 Signs You Are Dealing With A Black Hearted Person

Some people have a cold, black, dead heart. You can’t reason with these people and their only goal in life is to see you fail. These people lack any empathy for others and they won’t ever be able to. They’re apathetic and will do anything in their power to sabotage your personal success. Black hearted people need to be avoided at every cost. So, in order to better avoid the black hearted people of the world, keep a close watch to make sure people don’t display these ten terrible signs that a person is black hearted.

They’re unreliable, irresponsible, and careless. They don’t care about anything that happens and they don’t consider any of the consequences because they simply don’t care about them. This is the type of person that will act out or do something dangerous for seemingly no reason. They’re completely thoughtless.

#2 They keep a lot of secrets.

Black hearted people don’t have any empathy – they don’t care about the damage they might cause to you. Along with being careless and reckless, when a black hearted person is confronted about the negative consequences of their actions they don’t seem to care. A person with a black heart is incapable of feeling sorry about what they’ve done – they might apologize out of necessity but they never mean it.

#4 They are always wasting your time.

#5 They try gaslighting you.

You know exactly what is going on what they did but they are creating their own reality. They try to make you feel crazy or paranoid when you catch them lying or being deceptive. They will do anything they can to make you believe their version of reality so they can continue to manipulate you. 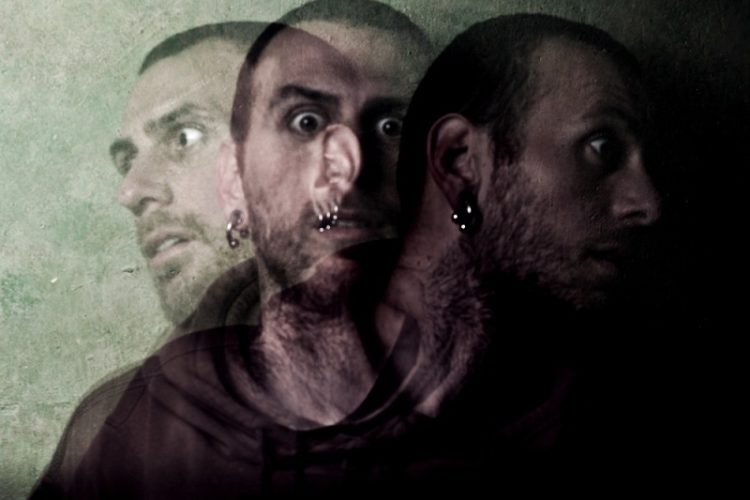 #6 They’ll do anything to manipulate you.

Black hearted people will use many tactics to try to manipulate others. They will play on your emotions and try to make you feel guilty. They will deceive you and trick you in other ways. Everything is a head-game to a black hearted person and you can bet they’re doing whatever they can to win that game.

Black hearted people truly feel that the world owes them something. They think that they are so special that they shouldn’t have to live a normal existence. They believe that they deserve more than other people because there is something special about them that sets them apart from other people. Black hearted people think they’re smarter than everyone else because they’ve found a way to ignore their emotions and take advantage of people around them.

#8 They always have to be the center of attention.

#9 They believe their own lies.

The difference between a normal person who lies and a black hearted person is that the person with a black heart will actually believe their own lies. When someone has a black heart they will be so adamant about their lies that they even convince themselves. They believe their own deception in order to better trick you. This is their most powerful weapon they use against you when they’re gaslighting, lying, and trying to manipulate you.

#10 You can’t trust them for anything.

You might think that just because a person has a black heart doesn’t mean that they can’t be trusted to do basic things. You would be wrong. Black hearted people can’t be trusted for anything and they will go out of their way to hurt you. You can’t count on a black hearted person professionally, socially, romantically, or in any other capacity. As soon as you give them a responsibility they will be sure to neglect it.