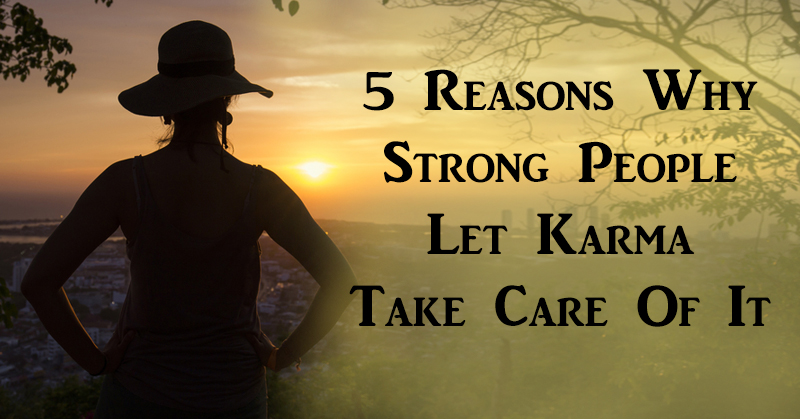 5 Reasons Why Strong People Let Karma Take Care Of It

While many people think they’ll find relief by personally getting revenge on someone who has done them wrong, stronger people know that it is better to let karma do the dirty work. What goes around comes around, so revenge isn’t necessary and there are five major reasons why.

#1 It’s much more satisfying to watch karma take care of it.

People who go around doing other people wrong have the same coming to them sooner or later. When karma strikes it doesn’t miss and it hits just as hard as the sum of that person’s transgressions. Watching someone destroy themselves is far ore satisfying than taking revenge personally. Taking revenge doesn’t always feel good but watching someone get exactly what they deserve from the universe is quite satisfying.

#2 Letting karma do it for you keeps your hands clean.

It is important to keep your hands clean. Revenge sometimes cannot be achieved easily or even legally. However, karma is free and doesn’t involve any type of shady or negative activity. Revenge is always a dirty task but karma keeps your conscience clean. Keep yourself safe and your heart and mind at ease by letting karma get your revenge for you. Strong and powerful people know the value and importance of keeping their hands clean. 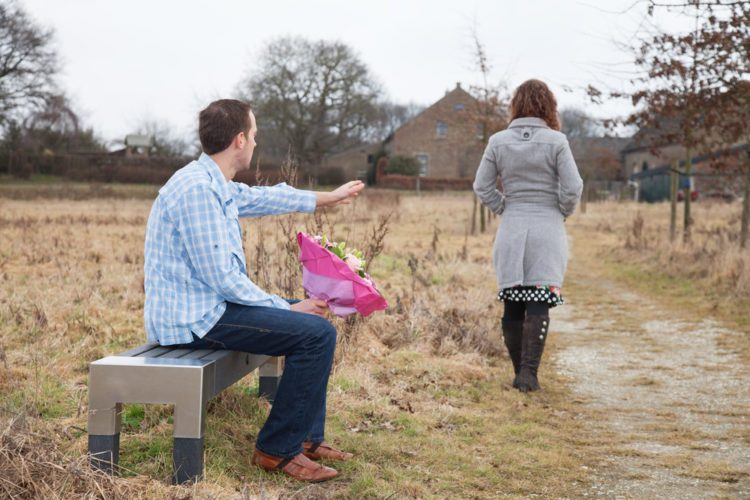 #3 You know you need to pick your battles.

Wise people know that you cannot fight the whole world at once. It is important to remember that at the end of the day taking on too many battles at once is counterproductive. The desire for revenge often turns into a grudge. These grudges are not worth your mental energy. Your energy is best spent looking forward, not looking back at grudges or past injustices.

#4 If you take revenge for yourself the consequences could be dire.

Even if your version of revenge manages to keep your hands clean there are always consequences to your actions. One unforeseen consequence is karma itself. Even if nobody knows what you did the karmic affect won’t be negated. You will know what you did and so will the universe. Strong people know that their positive karma is more valuable than any type of revenge could ever be.

#5 The best revenge is living well.

17th century English poet and orator George Herbert said it the best: “Living well is the best revenge.” Herbert was correct. The best way to take revenge on those that have wronged you is to live your life the best way possible. Your success is the most important thing and those that who have wronged in the past you will envy your success and their inability to share in it.