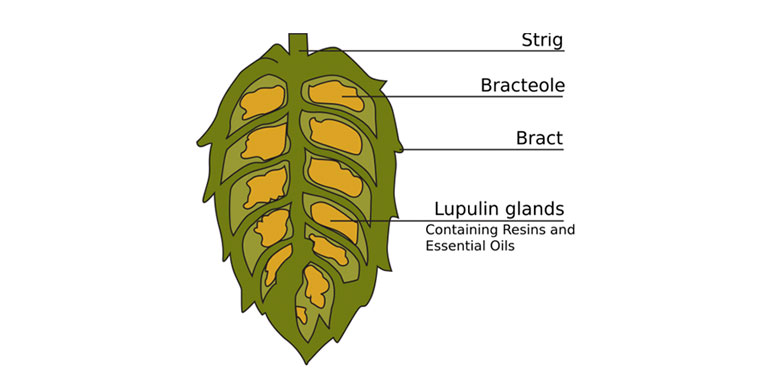 There is a New SuperNutrient in Town. The name is Xanthohumol. It comes from within Hops flowers that grow on the Hops vine — a plant that is genetically about halfway between grapes and cannabis.

Hops flowers have been used as a preservative and flavoring agent in beers since ancient times. Cannabis plants can be grafted to Hops. The Hops plant itself is winter tough and (like grapes) may grow in a wide variety of climates ranging in weather from the climate of Los Angeles to that of Montreal. 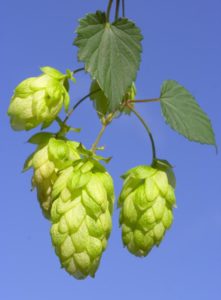 The Hops Flower and Its Gold SuperNutrient Xanthohumol

Xanthohumol is a gold-colored flavonoid found in the bracteole section of flowers from the Hops plant known by the scientific Latin name: Humulus lupulus. Like other flavonoids, Xanthohumol is a pigment of color and part of what gives a golden yellow color to Hops pollen. Xanthohumol has been the subject of over 75 research papers as a potentially longevity-enhancing compound.

Research into the SuperNutrient Xanthohumol was initially inspired by the study of Resveratrol found in purple berries, grapes, and roots. Xanthohumol is a yellow-gold chalcone (a flavonoid) similar in structure to the yellow stilbene resveratrol (also a flavonoid).

SuperNutrients Must Reach The Cells

The key goal for any SuperNutrient is to get it to the cells intact. Once in touch with cell membranes, the SuperNutrient can perform its beneficial medicinal and epigenetic actions.

Although hundreds of scientific studies focusing on Resveratrol have been conducted, discrepancies in the efficacy of Resveratrol may be due to its inability to dissolve in water and the short window of bioavailability upon ingestion — only three and a half hours! That is why the benefits of Resveratrol are attributed to dark red wines because the alcohol drives the Resveratrol in quickly and makes it useful to cells.

Research into xanthohumol has indicated that it is made most bioavailable by making it into a water-soluble (and still fat-soluble) molecule. This highly bio-available form of Xanthohumol is known as Luciden. Unlike other hops extracts, which are typically not bio-available, Luciden has twelve hours to reach the cells once ingested.

Benefits of Xanthohumol in Luciden Form

Some scientists and researchers believe Xanthohumol is 200 times more powerful than Resveratrol. Xanthohumol has been shown in studies to have the following effects on cells and tissue:

Xanthohumol in its highly bioavailable Luciden form is currently available in two products:

And in the Sacred Chocolate’s bar, Longevity Bliss. 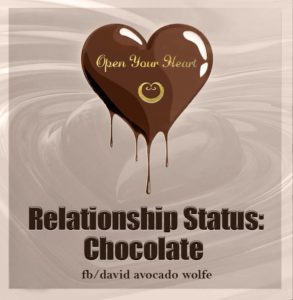 For more scientific information, please visit: www.xanthohumol.com and watch this video in which I interview Dr. Eric Kuhrts, whom I consider the world’s leading authority on Xanthohumol and its bio-available form Luciden.