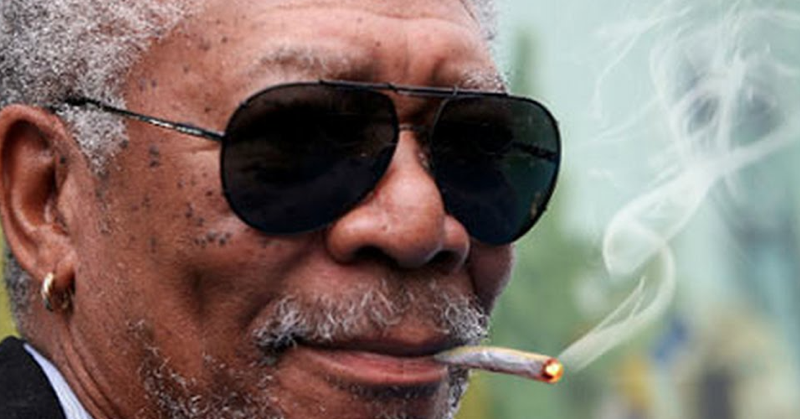 It was 2003 when Morgan Freeman famously uttered the words “never give up the ganja” in an interview with The Guardian.

Since then, the legendary actor has made no secret of the fact that he supports the legalization and use of marijuana.

Recently, in an interview with The Daily Beast, the 79-year-old actor provided even more insight into the extent of his support for the herb.

“I’ll eat it, drink it, smoke it, snort it,” he said. “This movement is really a long time coming, and it’s getting legs – longer legs.”

Now, Freeman’s pot use isn’t solely recreational; it plays a key role in his well-being – in more ways than just giving him energy, too.

“Marijuana has many useful uses,” he said. “I have fibromyalgia pain in this arm [caused by a severe car accident in 2008] and the only thing that offers any relief is marijuana.”

He continued, “kids who have grand mal seizures… they’ve discovered that marijuana eases that down to where these children can have a life. That right there, to me, says ‘legalize it across the board!'”

And what does Freeman have to say to the naysayers?

“Look at Woodstock 1969,” he began. “They said, ‘We’re not going to bother them or say anything about smoking marijuana,’ and not one problem or fight. Then look at what happened in ’99.”

Indeed, Woodstock 1999 is remembered for the heavy violence and sexual assault that plagued it – a far cry from the peaceful oasis of its predecessor.

Check out the video below to hear more from Morgan Freeman about his pro-marijuana views.