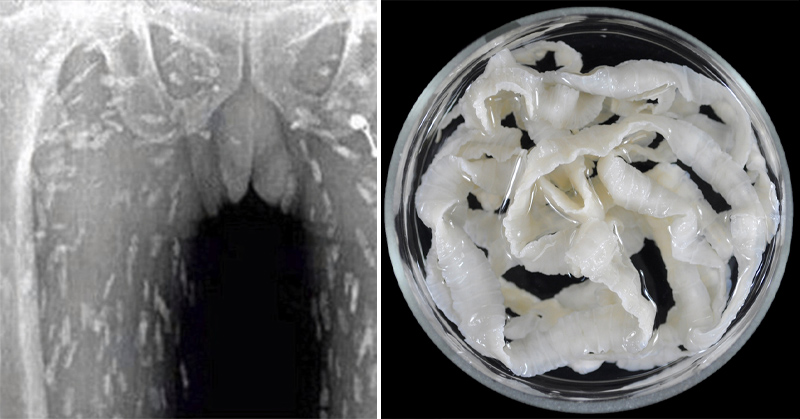 Man is Infected with HUNDREDS of Tapeworms After Eating This Popular Food!

Many people think that “going raw” means having sushi with their rice noodles. If you’re on the pescatarian train, then sushi may be on your list of safe eats. Prepared right, it can be refreshing, nourishing, and incredibly healthy.

But if you’re not too careful about where you buy your sushi, you could wind up eating a ton of calories – or worse, as one Chinese man discovered.

Worms. Lots of them.

What started out as a trip to the doctor’s office to figure out what was causing pain in the man’s stomach and on his skin quickly turned into an episode straight out of a freaky sci-fi show when it was discovered that his entire body was infected with parasitic tapeworms.

All fish contain a tapeworm known as diphyllobothrium. It is usually killed when fish is either cooked to at least 145 degrees F. for 15 seconds or frozen to -4 degrees F. for at least 7 days.

According to the official journal of The College of Family Physicians of Canada, the latter is actually required of sushi restaurants by public health regulators.

But it’s hard for inspectors to verify that this measure has been taken, and that, unfortunately, leads to many restaurants taking chances with their customers’ lives.

Fish tapeworms live in our intestines, so a diphyllobothrium infection is not generally fatal, BUT tapeworm infections from undercooked meat can actually be fatal if the worms reach the brain. To make matters worse, tapeworms can survive for years undetected.

How widespread is the issue? 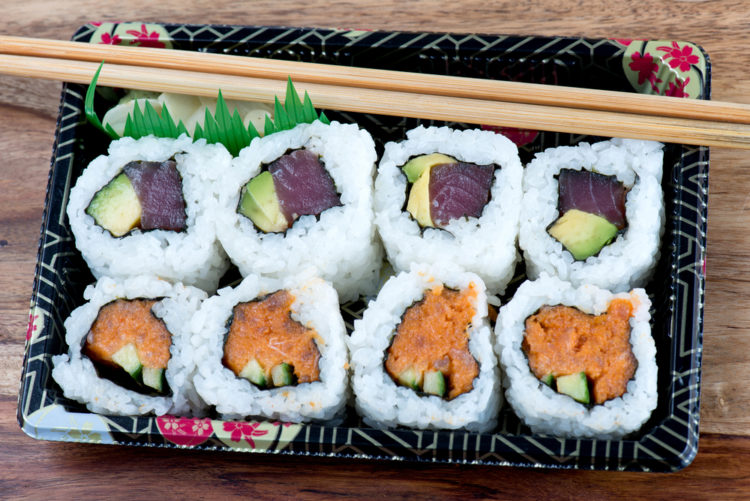 According to the Centers For Disease Control And Prevention, most of the infections that have occurred came about as a result of fish from the Northern Hemisphere – Europe, North America, Asia, etc.

Fish from these regions are frequently exported throughout the world, which means it is incredibly important that you ask questions about the origins of the fish that is being used in your sushi.

Some people suffer for years from the symptoms of tapeworm infection, also called diphyllobothriasis, without actually realizing the root cause. Infections from fish tapeworms may cause Vitamin B12 deficiency, but any infection can include these symptoms:

There are plenty of prescription drugs out there that are effective in shrinking and killing tapeworms. They can also be removed through surgery.

Also read: This Natural Remedy Will Purge Parasites From Your Body!

Have a look at this video below for more information on tapeworm sushi infection and how to prevent it.