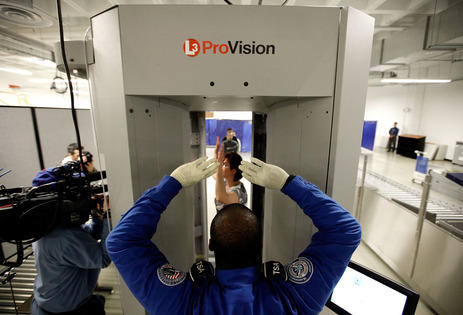 If You Feel Terrible After Flying on an Airplane… START Doing these 3 Things Immediately!

Fly much? Do you feel depleted after flying? Jet lagged often? Here are three tips on how to stay healthy before, during and after air travel.

According to Dr. Joseph Mercola:

“Since ionizing radiation causes DNA damage that can lead to cancer, and its effects are cumulative, even the supposedly small levels of exposure from the backscatter machines was concerning… so much so that the European Commission banned x-ray body scanners that use backscatter radiation from airports back in 2011.”

“Today, the United States has begun marching millions of airline passengers through the X-ray body scanners, parting ways with countries in Europe and elsewhere that have concluded that such widespread use of even low-level radiation poses an unacceptable health risk.”

You are legally allowed to “opt out” of these scanning devices and get a “pat down” instead. The reason they let you opt out without an excuse is to avoid a class-action “backscatter radiation damage” lawsuit later. By giving you the option, they give you freedom of choice and can avoid liability. I always opt out of these machines — in fact, I have never once gone through them. If you feel intimidated by some stranger touching your body, imagine it is a free 3-minute massage you are getting courtesy of the T.S.A. (Transportation Security Administration)! Personally, I’ll take the human touch over machine radiation any day of the week. If you have to make a choice between a traditional metal detector or a full body scanner, take the metal detector in order to avoid backscatter radiation. 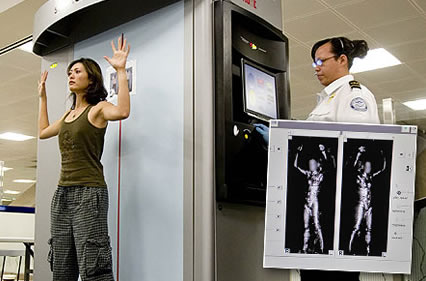 Most people experience exhaustion while traveling because they are dehydrated! Always drink plenty of water BEFORE you get to the airport. Preferably good spring water (in glass bottles) with a pinch of high-quality sea salt added.

And water found at most airports is mostly all the same: filtered tap water, radiated on its way through airport security and then served in BPA-leeching plastic containers. The more you hydrate yourself before you arrive at the airport, the better.

Also, bring organic food including energy bars, chocolate (high antioxidant), fruits and seeds to snack on so you will not be tempted to eat the cheaply made/expensive GMO food at most airport concession stands and restaurants. I always take 3-6 MegaHydrate antioxidant capsules before flying as antioxidants protect us from radiation.

Tip #3: Get Grounded Before And After You Fly!

One of the benefits of Earthing® is that it will help you to neutralize the toxic effects of all kinds of radiation — including the radiation we receive when we fly. If you ground yourself right before, and after you fly, you will literally “cast off” the positive charge that causes so much of the “jet lag” you experience while traveling. In addition, if you are capable of watching the sun set or rise while barefoot on stone or sand after a flight, you will reset your circadian rhythms and reduce jet lag.

We live in a world that is alive with natural energies and subtly pulsating frequencies. The Earth below us emits “free electrons.” Walking barefoot on the Earth, as humans have done throughout history, naturally charges us with healthy electrons and discharges electrical stress from our bodies.

The free electrons on the surface of the Earth are easily transferred up, into, and throughout our body as long as there is direct contact with the ground. These electrons restore our body’s natural internal electrical stability and rhythms, which in turn, promotes normal functioning our body systems.

This process remedies an electron deficiency, which in turn reduces inflammation (a common cause of chronic illness). It shifts the nervous system from a stress-dominated, left-brain mode to a calm, more left and right brain-synchronized mode. By reconnecting to the Earth, you enable your body to return to its normal electrical state, which makes you better able to self-regulate and heal. 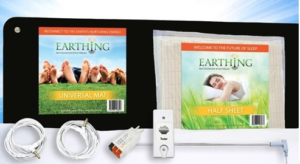 Check out the Earthing® starter kit by Clicking Here.