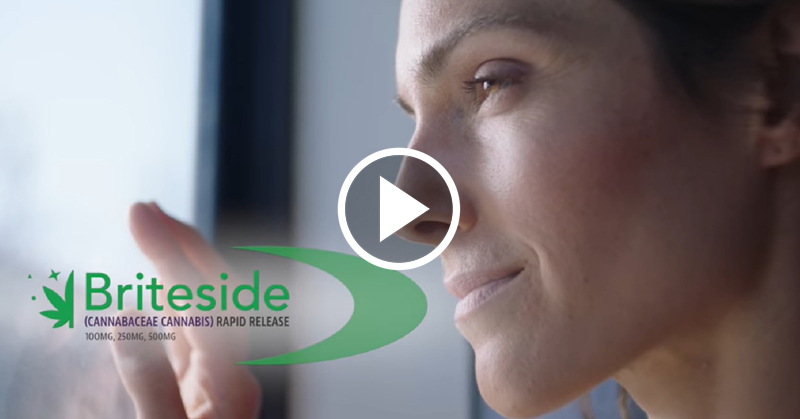 Now that marijuana is legal for medicinal use in 27 US. states, many are wondering why so many people are using potentially addictive and deadly prescription drugs – especially for pain relief – when access to a plant that has never killed anyone is now available.

To help marijuana with its marketing, an Oregon-based marijuana delivery service called Briteside produced a pharmaceutical-style advertising video, and it is hilarious.

The parody video shows two stressed out and pain-suffering adults getting the help they need, in the form of a brand new medical breakthrough – marijuana. The video sounds exactly like a typical pharmaceutical advertisement, but satirizes the typically horrifying side effects of pharmaceuticals by listing marijuana’s side effects as “euphoria, increased appetite, uncontrollable giggles, elevated sensitivity to musical dopeness and reduced anxiety.”

The video ends with another humorous send up of typical pharma ads, imploring viewers to “Ask your doctor if cannabis is right for you. It probably is.”

Pharmaceutical companies have been making the same cringe-worthy advertising for decades, with one particularly gruesome example of a “happy” pharma ad below.

While pharma companies sell many dangerous pills, marijuana has shown the potential to help with pain, PTSD, insomnia, and even treat cancer. Again, while marijuana has never caused a single death, the independent research group Police Executive Research Forum (PERF) has determined that opioid drugs alone have killed more Americans than the 19-year Vietnam war.

For those tempted to use opioids for pain relief, or Xanax for anxiety/depression, marijuana may actually end up being a life saver.

In Oregon, one of many states that has legalized marijuana, Briteside has joined with dispensaries to deliver in-store pickups and same-day delivery for medicinal and recreational cannabis patients in the state. Justin Junda, the co-founder and CEO of Briteside, said “We’re here to make life simpler for the cannabis consumer. Three of the biggest pain points for cannabis customers are knowing if their favorite products are actually in-stock at their preferred dispensary, waiting in long lines to make their purchases, and for some, especially those with health impediments, just getting to a dispensary can be a chore. Together with our partner dispensaries, we’re alleviating these all-too-common pains.”